Islamophobia and the West

"In the past I supported Turkey's membership in the European Union. I am, however, no longer sure..." 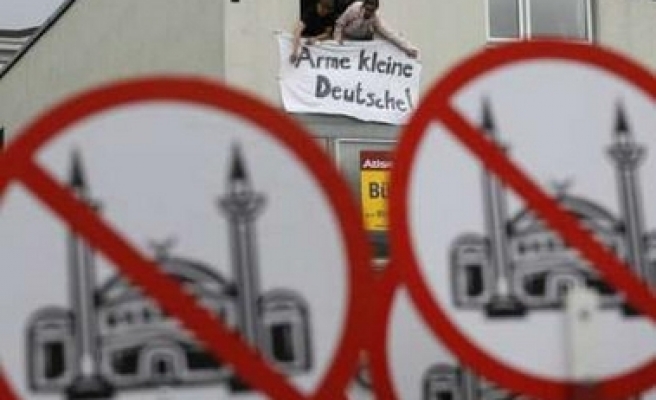 "In the past I supported Turkey's membership in the European Union. I am, however, no longer sure…"

This is what a retired Swedish anchorman, whom I was familiar with seeing on TV screens during the 1970s when I lived in Sweden, told me. He made his point clear when he posed the following question later to a panel discussion at the conference we were attending: “I am wondering if Islam is a religion in the proper sense of the term or a political ideology?”

This question, raised at the annual international Engelsberg Seminar in Sweden, which dealt with the question “What is the West?” may be seen as an indication of the severity of Islamophobia in the West, but surely is not at all astonishing considering the remarks of the pope about Islam prior to his visit to Turkey.

I wasn’t astonished even when conservative British thinker Roger Scruton argued in his speech that individual freedom, separation of state and religion, and the idea of citizenship in the West all had their seeds not in the Enlightenment but in Christianity -- and Islam had none of these.

Other speakers, including the distinguished neocon who coined George W. Bush’s “axis of evil” concept, David Frum, also put forward the argument that Christianity preached freedom, tolerance and self-criticism while Islam preached obedience, intolerance and violence, that Islam had no room for either self-criticism or irony, and suggested that roots of contemporary terrorism lie in Islam.

I am happy that I wasn’t alone to bring to mind that Islam had established a great civilization, that like all other great religions it had many different (both fanatical and liberal, tolerant and intolerant) interpretations; that while Christianity was engaged in wars of religion and the Inquisition, believers of different religions lived in peaceful coexistence in the Ottoman Empire; that it is wrong to confuse Islam with Islamism; that it is necessary to distinguish between different kinds of Islamism (ranging from the Justice and Development Party in Turkey on the one hand, which has rejected Islamism and calls itself conservative democratic, and jihadist al-Qaeda on the other), and that if one really wanted to understand what is happening in the Islamic world, it is necessary to study the conditions of the Muslim masses and not the Koran.

Speakers including Indian writer Pankaj Mishra and Töger Seidenfaden, editor in chief of leading Danish newspaper Politiken, joined me in responding to the Islamophobic statements made at the conference. I was posed the question as to whether it is equally free to criticize Islam in Turkey as it is to criticize Christianity in the West. My response was that problems of freedom of expression in Turkey were far from being limited to criticism of religion. I, however, admit that the question is relevant.

My talk at the seminar was on “Turkey and Westernization.” I stated, briefly, that since the late 18th century, modernization in Turkey has been understood as Europeanization, and accession to the European Union is the current phase of Turkey’s modernization process. I explained that the main endeavor in contemporary Turkey is directed towards adoption of EU norms in both politics and the economy and that the country expects the support and solidarity of European democrats in its efforts to consolidate democracy and market economy. I pointed to the great disappointment caused by Sarkozy in France, which is perhaps the country that has had the greatest influence on Turkish modernization.

Rolf Ekeus, Organization for Security and Cooperation in Europe (OSCE) high commissioner on national minorities, was not alone in emphasizing the importance of Turkey’s accession for the EU. French Ambassador Denis Delbourg and his spouse expressed to me their hope that current differences between Turkey and France will be overcome.

The Engelsberg Seminar is organized by the foundation established by the Axelson-Johnson family, which made its fortune in the shipping and mining businesses. The annual meeting aims to expose Swedish intellectual life to the outside world and brings together academics, scholars and journalists from various parts of the globe.

Papers presented at the seminar are published in book form, and interviews conducted with speakers are put on the Web site of the foundation (www.axess.se) after being broadcast on the Axess television station.

Such intellectual dialogue as provided by the Engelsberg Seminar is certainly of great value. I greatly benefited from the discussions, which I found most stimulating and thought provoking. Last Mod: 25 Haziran 2007, 11:36
Add Comment