Israel and France once made a secret deal to produce a nuclear bomb together, according to a new biography of Israeli elder statesman Shimon Peres. 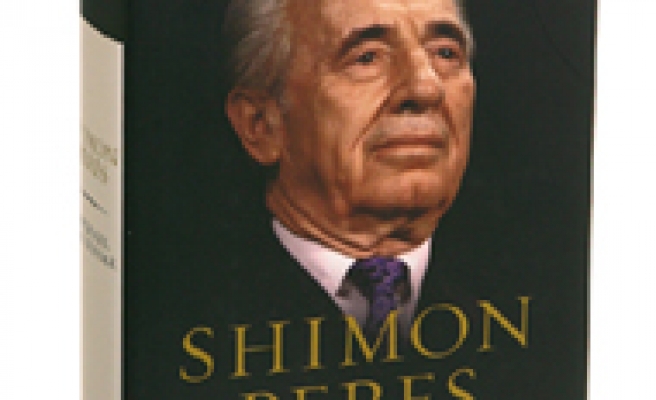 Israel and France once made a secret deal to produce a nuclear bomb together, according to a new biography of Israeli elder statesman Shimon Peres.

The deal was later cancelled, but the disclosure in the book by Israeli historian Michael Bar-Zohar sheds new light on the depth of France's involvement in making Israel the Middle East's sole atomic power.

Bar-Zohar told Reuters his information came from recently released documents from Israeli and French government archives relating to the key role Peres, now 83, played in launching Israel's nuclear project more than half a century ago.

Peres, a deputy premier in Israel's current government and a candidate for the ceremonial job of state president, is best known abroad for sharing a Nobel peace prize for a 1993 interim peace deal with Palestinians which he engineered.

But the book divulges new details of how the Polish-born politician launched his career with less peaceful goals in mind: as a behind-the-scenes architect of Israel's military might, securing weapons secretly and buying an atomic reactor from France.

The French embassy in Tel Aviv did not respond to requests from Reuters for comment.

Experts believe Israel has used the Dimona reactor it built with French help in the 1960s to produce as many as 200 nuclear warheads. Israel neither confirms nor denies it has atomic weapons, saying only it will not be the first country to introduce them to the Middle East.

The 500-page "Shimon Peres - The Biography", an English language edition of a Hebrew original which was recently released by Random House, recounts some new details of Peres's secret talks with Paris to seal the reactor deal.

The most significant, experts say, is a secret agreement Peres signed in 1957 with then French Prime Minister Maurice Bourges-Maunoury in Paris, several months after the deal for the reactor was concluded.

"It stated in so many words that the two nations would cooperate in research and production of nuclear weapons," the book says.

France ultimately scrapped that agreement several years later under the weight of enormous U.S. diplomatic pressure for it to cease its nuclear cooperation with Israel.

Still, experts find some historical significance in the mere fact the pact was made.

"That they (the French) were ready to cooperate (with Israel) in the development of nuclear weapons is something very, very intimate in a political, diplomatic sense," said Avner Cohen, author of a 1998 book on the birth of Israel's nuclear program.

"They were very deeply involved," he said. "The irony is of course that France in those days did what it did, and France of today is trying to prevent Iran from obtaining it (a nuclear potential)."

The book goes on to discuss how Peres persevered against Israeli leaders such as Golda Meir who objected to launching a nuclear program, fearing the wrath of the West at a time when most refused to sell Israel weapons.

France, which sold Israel its first jet warplanes, was closer to Israel than most of the West. Some French officials identified with the Jewish state's conflict with the Arabs at that time, as France was battling an armed revolt against its rule in Algeria.

A veteran writer and former lawmaker for the left-leaning Labor party once headed by Peres, Bar-Zohar said Peres had asked him to write the biography, and agreed to its publication without being shown an advance copy. Peres has praised the book and its author.

The volume goes into detail about Peres's checkered political career.