Israeli troops have arrested more than 30 senior Hamas members, including a cabinet minister, legislators and mayors. 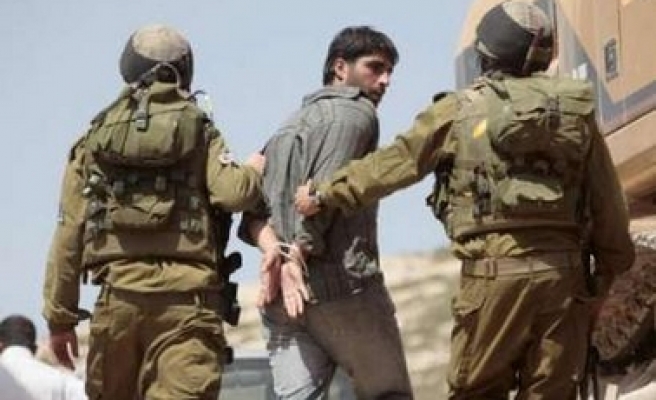 Israeli troops have arrested more than 30 senior Hamas members, including a cabinet minister, legislators and mayors.

The most prominent Hamas politician to be arrested on Thursday was Nasser Shaer, the education minister.

His wife, Huda, said soldiers knocked on the door of their home in the West Bank city of Nablus and took him away.

Troops also seized Shaer's computer, she said. It was the second time Shaer was arrested in a roundup of Hamas members in the past year.

Troops also searched for Ahmed Haj Ali, a Hamas legislator in Nablus, but did not find him at home, neighbours said.

Thursday morning's roundup came hours after Israeli planes struck what the military said were money changing offices and other businesses in Gaza which were channeling funds to Hamas.

Three people were slightly wounded in one of the attacks, medical officials said, and four stores were damaged in another, Palestinian security officials said.

Electricity was cut off in parts of the town. A third airstrike in Gaza after midnight hit a car whose passengers escaped before the missiles landed.

More than 40 Palestinians have been killed in such missile attacks in the past week.

Last summer, Israel arrested scores of senior Hamas members in retaliation for the capture of an Israeli soldier by Hamas-allied fighters.