barricades, is cutting off West Bank villages from swathes of farmland. 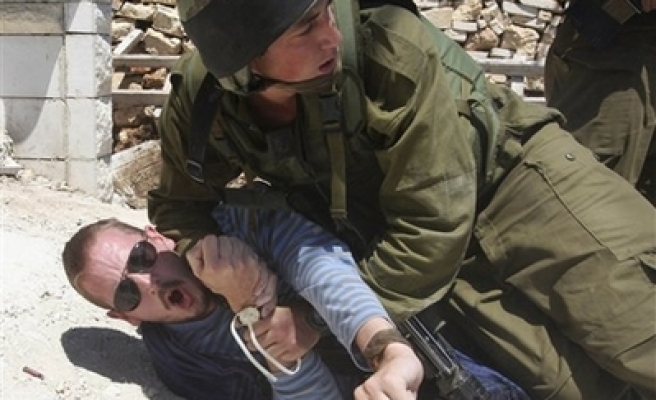 Israeli soldiers extended a curfew for a fourth straight day on Monday in the Palestinian town of Ni'lin in the occupied West Bank, a military official and a resident said.

The restrictions are forcing residents to remain indoors around the clock since Friday.

The West Bank separation wall, a network of razor-wire fences and concrete barricades, is cutting off West Bank villages from swathes of farmland.

Four years ago this week, the World Court in The Hague ruled building the 720-km (430-mile) barrier on occupied land was illegal. The United Nations says Israel has ignored that ruling.

Salah Khawaja, a Ni'lin resident and spokesman for the Ni'lin Committee for Resisting the Wall, confirmed to Reuters by telephone that the curfew imposed on Friday was still in force in the town.

Khawaja said troops had fired tear gas and stun grenades on Monday. There were no immediate reports of casualties. A military spokesman denied there was any shooting in the town on Monday.

Up to 50 people were hurt by tear gas and rubber bullets fired during protests on Sunday, in which an Israeli soldier also was wounded.

Khawaja said townspeople were able to leave their houses for about two hours when the soldiers briefly left the village Sunday night.

He said the army left leaflets saying the closure would remain in place as long as the protest continued.