The Israeli government is preventing Muslim burials in an ancient Muslim cemetery in the Old City of Jerusalem, a move that could inflame fresh tensions in the city's Muslim community, an Islamic official said Wednesday. 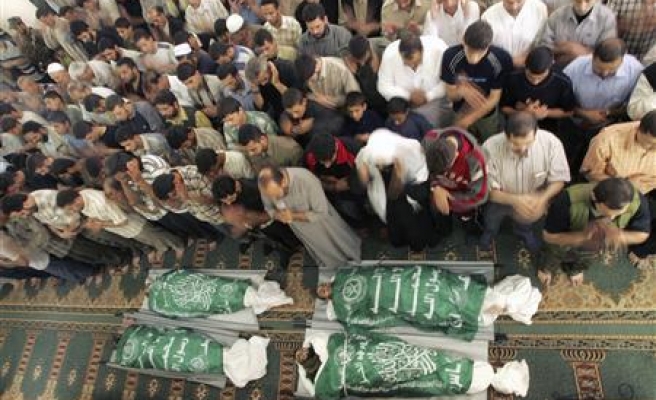 The Israeli government is preventing Muslim burials in an ancient Muslim cemetery in the Old City of Jerusalem, a move that could inflame fresh tensions in the city's Muslim community, an Islamic official said Wednesday.

Sheik Azzam al-Khatib, head of Jerusalem's Council for Waqf and Islamic Affairs, said the city's Muslims used the cemetery for 1,400 years, until August 2006, when Avi Dichter, Israel's minister of public security, ordered a halt to new burials because the site had spread beyond its original boundaries.

"This is an affront against the rights of Muslims," al-Khatib said, charging that it was part of efforts to boost the Jewish presence in largely Arab east Jerusalem.

The area is a tinderbox for Palestinian-Israeli tensions. In February, Israeli work on a ramp leading to the hilltop site touched off clashes between police and local Muslims and brought cries of protest from around the Islamic world.

Matti Gill, head of Dichter's office, claimed Muslims had recently begun illegally interring their dead outside the original plot and action had to be taken. He said that while further burials would be prevented, existing graves would not be touched.

"The burial that was being done there was illegal," he said, adding that there were plenty of alternative sites elsewhere in the city.

Muslim leaders have complained to the ministry and to police about the ban.

"We will not accept giving up any part of the cemetery," said Adnan Husseini, a member of the Higher Islamic Council.

He compared the latest dispute to the case of the planned Museum of Tolerance in the western part of Jerusalem where the building site was found to encroach upon parts of a disused Muslim burial ground.

Construction of the project, backed by the Los Angeles-based Simon Wiesenthal Center, has been frozen by a court order while lawyers for supporters and opponents argue the case.

"The truth is that there is a war going on over Muslim cemeteries in Jerusalem," Husseini said. "This a sensitive and dangerous issue, and it should be dealt with as such." Last Mod: 31 Mayıs 2007, 10:11
Add Comment