A Palestinian journalist said from his hospital bed on Monday that he was abused and injured by Israeli security personnel on his way home to the Gaza Strip after receiving a journalism award in Britain. 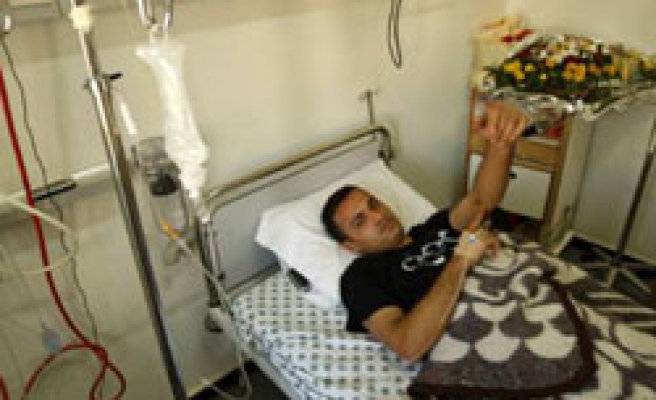 Mohammed Omer, who writes for the pro-Palestinian Washington Report, said he was strip-searched and detained for nearly four hours at the Israeli-controlled Allenby Bridge when he crossed from Jordan into the occupied West Bank, en route to the Gaza Strip, on June 26.

"They wanted to humiliate me. I collapsed in tears ... I had to throw up twice and I fainted twice," Omer said. "They asked silly questions about everything I had done during my trip to London and Europe and they made fun of me."

Omer, 24, received the Martha Gellhorn Prize for Journalism, awarded to journalists who expose establishment propaganda, according to its Web site, at a ceremony in London on June 16.

Omer said that at the Allenby Bridge, he was forced to strip to his underwear by an Israeli officer who then snatched it down off me. He said two officers dragged him by his legs, his head sweeping the floor, in front of other passengers.

After he vomited and fainted, Israeli security personnel summoned a Palestinian ambulance to take him to hospital.

At a hospital in nearby Jericho, he contacted Dutch diplomats who had facilitated his trip to Europe, and they drove him to an Israeli border crossing with the Gaza Strip.

Back in the Hamas-controlled territory, he was admitted to hospital where doctors said he had suffered a nervous breakdown and that several of his ribs had been broken.