The detentions in Nablus is a humiliation for Abbas, who is trying to talk to Israel for peace deal and to advance his own law-and-order drive in the West Bank. 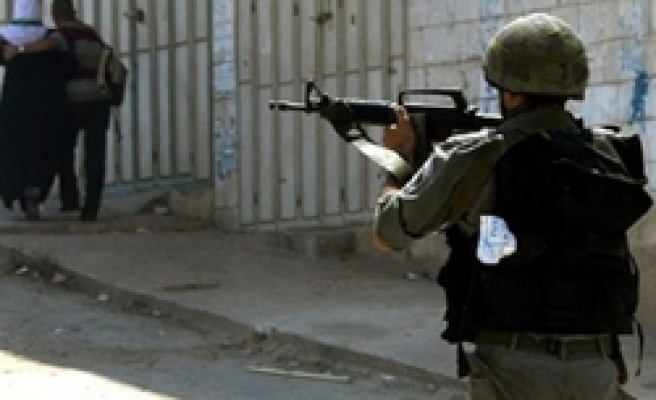 Israeli forces detained a Hamas woman lawmaker on Monday along with 14 managers of a West Bank business.

Israel says they have links to the Islamist faction, Palestinian officials said.

The detentions in Nablus is a humiliation for Palestinian President Mahmoud Abbas, who is trying to talk to Israel for peace deal and to advance his own law-and-order drive in the city and elsewhere in the West Bank since breaking with Hamas last year.

Mona Mansour, a Hamas deputy in the Palestinian parliament, was among some 20 Nablus residents taken into Israeli custody overnight, relatives and local officials said.

Also detained were 14 members of the board of Beit Almal, a finance company which owns a Nablus mall which Israel forced to close this month.

The management had denied the charge and refused to shut the five-storey complex.

The closure order was for two years.

An Israeli military spokeswoman said that 18 Palestinians were detained in Nablus as part of our 'routine' raids.

Prime Minister Salam Fayyad had called on Palestinians to ignore an Israeli army attempt to shut down a major commercial centre in Nablus.

After Fayyad's call for resistance, Israeli soldiers broke into a major commercial complex in Nablus, northern Gaza Strip on last Monday and it is reported this is the third incident of this kind at the same complex.

Fayyad also had sent a letter to an American peace monitor complaining that recent Israeli military raids in the West Bank undermine his administration.

Hamas swept Palestinian legislative elections in 2006, but dozens of its lawmakers and other politicians were rounded up by Israel.