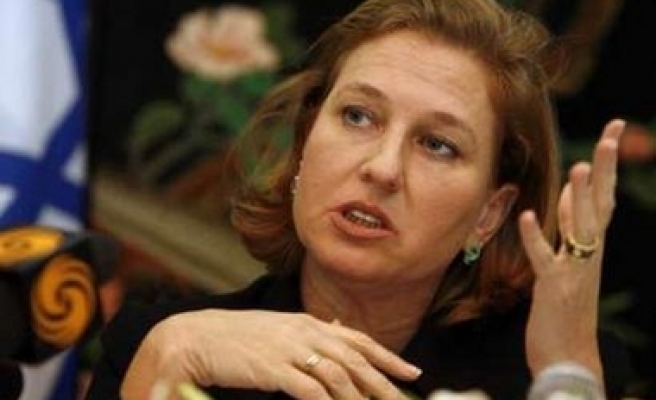 The Yediot Ahronot daily reported Sunday that Livni's son Omri Spitzer was sentenced a few days ago to 12 days in the glass-house for drinking alcohol at a civilian party, while in uniform and in defiance of explicit instructions.

The incident took place a party organized by a banks, to which Omri Spitzer and other members of his naval unit had been invited.

Prior to setting of from base, they were told by their commanders not to imbibe alcohol.

The Israeli military has cracked down on alcohol drinking, following the 2005 death of a soldier from alcohol poisoning.

In addition to Omri Spitzer, one other military participant in the party was sent to the glass house, also for 12 days, and eight were ordered confined to base for between two to four weeks.

Livni, 49, is married to Naftali Spitzer, an advertising executive. The couple have two sons, Omri and Yuval.