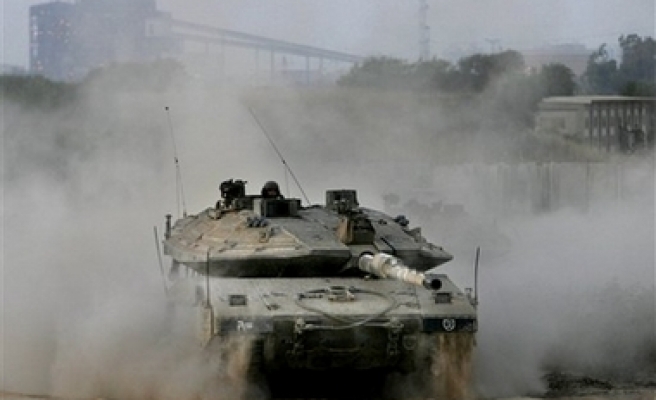 On Monday, Prime Minister Ismail Haniyeh of Hamas stayed away from a weekly Cabinet meeting in Gaza City.

Under the new Israeli military orders, larger numbers of troops will be able to enter Gaza to carry out pinpoint raids, the military officials said. But no widespread attack is expected at this time, they added, speaking on condition of anonymity because they were not authorized to discuss policy.

The authorization to pour more troops into Gaza came just a day after Prime Minister Ehud Olmert said he would let the army do whatever necessary to halt the rocket fire.

Olmert cautioned, however, that there was no failproof solution to the crude rockets the Palestinians are firing. On Sunday, the second Israeli was killed in a week in an attack on the southern town of Sderot.