Chief of Hamas Police in Gaza General Tawfiq Jabber said that Israel had killed some 100 Hamas police officers in the Gaza Strip since the movement had taken over the enclave in mid June last year. 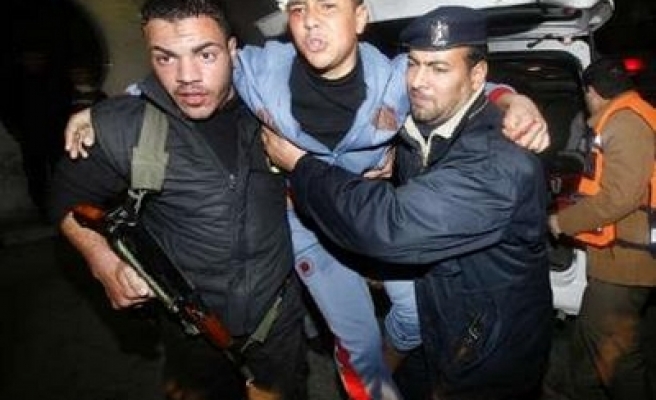 Israeli air fighters hit several police stations and posts in the Gaza Strip over the past nine months, killing about 100 policemen.

Jabber revealed that the police formed by Hamas had evacuated all the police buildings and headquarters all-over the Gaza Strip, in fear that Israel may strike on them in the coming days.

Hamas had taken control of the Gaza Strip nine months ago, after it defeated President Mahmoud Abbas security forces.

Jabber revealed in a statement sent to reporters that the police in Gaza "have full plans of emergency all-over the Gaza Strip to deal with the current situation in case Israel escalates its military attacks."

He added that the police also have plans to continue acting in the Gaza Strip in case the police buildings and headquarters are targeted by Israel.