The newspaper, Al-Bayan which is published in the United Arab Emirates that the list would also include senior Hamas officials Hassan Salame Abdullah Barghouti and Ibrahim Hamad. 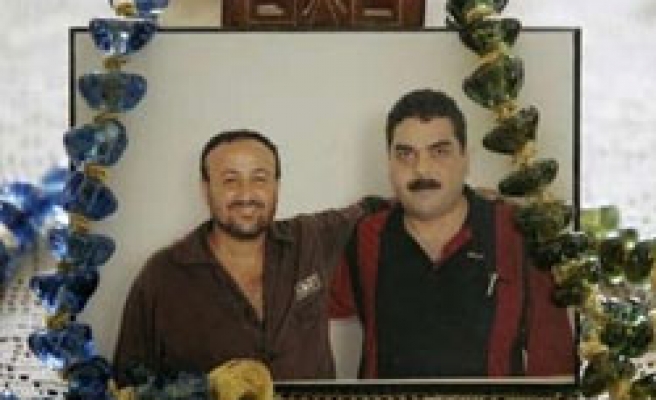 Haaretz website said a gulf newspaper reported Monday that Israel is willing to include jailed Fatah leader Marwan Barghouti in a list of 300 Palestinian prisoners to be freed in exchange for abducted Israeli soldier Gilad Shalit.

The newspaper, Al-Bayan which is published in the United Arab Emirates, also said that the list would also include senior Hamas officials Hassan Salame Abdullah Barghouti and Ibrahim Hamad. But, the report says, Israel will not free the leader of the Popular Front for the Liberation of Palestine, Ahmed Sadat.

According to Al-Bayan, the talks on the exchange to secure Shalit's release have seen significant progress, but Egyptian officials fear that agents in the region will try to gain more.

Also Monday, Miki Goldwasser, the mother of Ehud Goldwasser whose body was returned by Hezbollah in a prisoner swap last week, said Monday that she sees herself as a soldier fighting for Shalit.

Meanwhile, former United States President Jimmy Carter is also trying to achieve a breakthrough in negotiations for Shalit's release, and has urged Israel to release Hamas politicians in efforts to expedite the deal.

A senior adviser to Carter, Robert Pastor, visited Israel last week, as part of a regional tour that included visits to the Gaza Strip, Damascus and Cairo.

Pastor met with Shas leader Eli Yishai, and said that Carter would like to arrange a tripartite meeting with a senior Hamas figure. An Israeli source said that Pastor presented Yishai with the initiative to release Hamas politicians to expedite the deal.

Under the initiative, Israel would release several dozen prisoners a confidence-building measure, including Hamas parliamentarians and ministers arrested after Shalit's abduction in June 2006. In return, Shalit would be brought to Egypt, where his family would be able to visit him. After this stage, negotiations for the release of more Palestinian prisoners and Shalit's return home would continue.

On Sunday, Minister who participated in cabinet deliberations with Prime Minister Ehud Olmert said that Israel will have to show greater flexibility in its negotiations with Hamas in efforts to secure Shalit's release.

Meanwhile, a Hamas delegation from the Gaza Strip is expected to visit Cairo later this week in order to discuss an Egyptian proposal to renew the indirect negotiations between the two sides.

If there is progress in the talks between senior Egyptian intelligence officials and Hamas representatives, Israeli negotiator Ofer Dekel will also travel to Cairo for talks next week.

Olmert is likely to resume cabinet discussions on the criteria for which Palestinian prisoners can be released in exchange for Shalit. A similar discussion took place six months ago, headed by Vice Premier Haim Ramon.

Security and political sources said Sunday that the restrictions on the prisoner criteria must be relaxed in order to achieve progress on the talks. To date, Israel has agreed to release 71 of the hundreds of people proposed by Hamas.

Ministers involved say they have no illusions of reaching an agreement unless dozens of prisoners sentenced to life are released - including those who were involved counter-Israil rule.