Israeli missile strikes hit a succession of targets in the Gaza Strip on Friday, killing two. 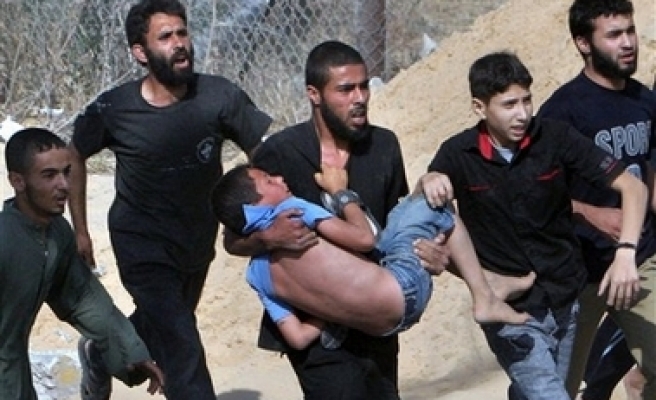 Israeli missile strikes hit a succession of targets in the Gaza Strip on Friday, killing two.

Israel has carried out dozens of airstrikes over the past 10 days into Gaza. More than 40 Palestinians have been killed.

On Friday, two Palestinians were killed and five people were injured after an Israeli missile hit their car, security officials said. The vehicle was left a charred wreck of twisted metal.

On Thursday, an airstrike hit a hut in the same refugee camp where Palestinian Prime Minister Ismail Haniyeh lives. No one was hurt in that attack, which Israel claimed targeted an unspecified structure used by Hamas.

Haniyeh stayed away from public prayers on Friday, even though Israel denied he was a target of the missile fired at the Shati refugee camp just before midnight Thursday.

Separately, Gaza's border crossing with Egypt was reopened on Friday after Israel relaxed a security alert that kept it closed 12 days.