US President George W Bush has appealed for people to give his strategy in Iraq a chance - holding up Israel as a model for defining success there. 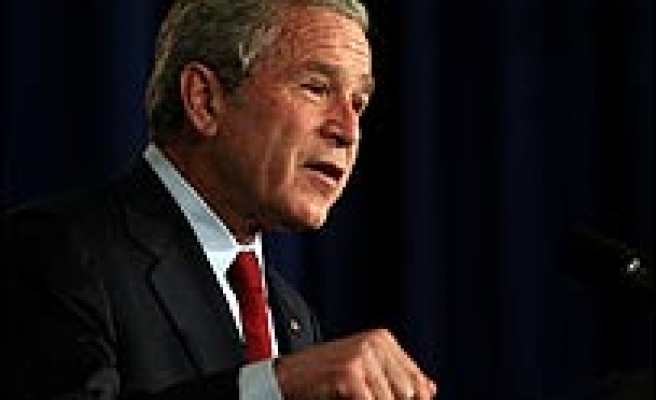 He said America would like to see Iraq function as a democracy while dealing with violence - just as Israel does.

Speaking at the US Naval War College, Mr Bush said success in Iraq would not be defined by an end to attacks.

His remarks come as members of his Republican party are increasingly turning against the war in Iraq.

The US president characterised the war in Iraq as primarily against al-Qaeda forces and their use of "headline-grabbing" suicide attacks and car bombings.
He said: "Our success in Iraq must not be measured by the enemy's ability to get a car bombing in the evening news."

The terms of success set out by Mr Bush included "the rise of a government that can protect its people, deliver basic services for all its citizens and function as a democracy even amid violence".

Mr Bush suggested Israel as a standard to work towards.

"In places like Israel, terrorists have taken innocent human life for years in suicide attacks.

"The difference is that Israel is a functioning democracy and it's not prevented from carrying out its responsibilities. And that's a good indicator of success that we're looking for in Iraq."

In December US President George W Bush announced the deployment of a total of 21,500 extra troops in Iraq.

In early March Defence Secretary Robert Gates approved a request for an extra 2,200 military police to support the security drive in Baghdad.