Israel's ambassador in Ankara raised the possibility on Sunday of renewing long frozen peace negotiations with Syria under Turkish mediation. 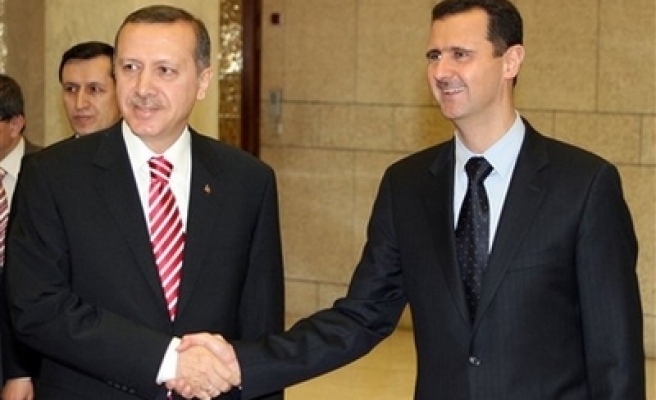 "The first step could be handled through low-level officials and, if it works and if there are results, one can expect that it will continue at a much higher level," Gaby Levy told public radio from the Turkish capital.

He added, however, that he could "not give any details on the process."

The remarks came a day after Turkish Prime Minister Recep Tayyip Erdogan held talks with Syrian President Bashar al-Assad amid renewed efforts by his government to broker a relaunch of peace negotiations between Syria and Israel which have been frozen since 2000.

"The Turks really want to be involved in the process. They have helped us many times in the past and they have influence in the Muslim world and in the region," Levy said.

"They understand that only a power like the United States or a bloc like the European Union has the economic capacity to help this kind of process, but they think they can contribute because of their special status."

Last week, Assad revealed that Turkey had recently passed a message from Israel expressing its readiness to swap the Golan Heights for peace as it renewed the mediation efforts it launched last year.

In remarks published by the Qatari daily Al-Watan on Thursday, Assad said Erdogan "informed me of Israel's readiness to withdraw from the Golan in return for peace with Syria" and said the message had been relayed a week ago.

"What we now need is to find common ground through the Turkish mediator," Assad said, adding that any negotiations with Israel would be conducted via Ankara.

Last November, Turkish President Abdullah Gul bemoaned the fact that there "many missed opportunities recently to begin peace negotiations" between Israel and Syria.

But ahead of his talks with Assad, Erdogan voiced new optimism. "God willing, our proactive peace diplomacy will contribute to expected developments between Syria and Israel," he said.

Israel occupied the Golan from Syria in the 1967 Middle East war and annexed it in 1981 in a move never recognised by the international community.

Syria has consistently demanded the return of the whole of the Golan right down to the shores of the Sea of Galilee.

But Israel rejected the demand in the last peace talks between the two sides.