A security source described this as Israel's "take it or leave it" counter-offer to Hezbollah after a military inquest found that one or both soldiers may not have survived the July 12, 2006 incident. 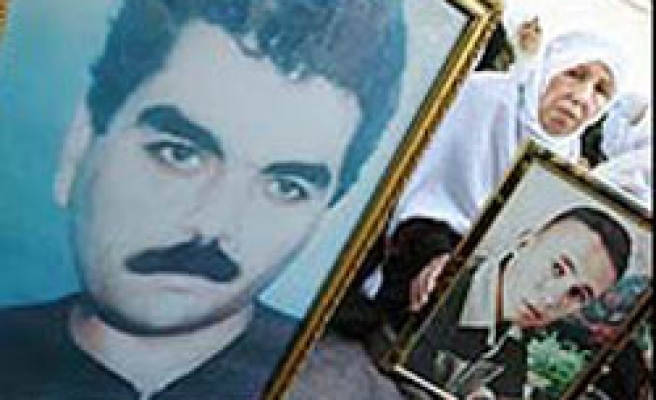 Israel has told Lebanon's Hezbollah via German mediators it would be willing to free jailed Lebanese fighters in exchange for two soldiers abducted in 2006, Israeli security sources said on Sunday.

Topping the proposed release roster, they said, is Samir Qantar, who is serving a life sentence for a 1979 raid and whom Israeli officials previously described as a "bargaining chip" for the return of a missing Israeli airman.

Hezbollah has said it would trade the soldiers for Lebanese imprisoned in Israel as well as an unspecified number of Palestinian inmates.

"Israel's position is it's willing to release Qantar and the other jailed Lebanese for Regev and Goldwasser," an Israeli source said, implicitly excluding Palestinians from any swap.

Another security source described this as Israel's "take it or leave it" counter-offer to Hezbollah after a military inquest found that one or both soldiers may not have survived the July 12, 2006 incident, during which their convoy took heavy fire.

Speculation a breakthrough in the talks could be imminent was fuelled this month when Israel repatriated a Lebanese spy who had completed his prison term and Hezbollah, in a move not publicly announced, gave Israel the remains of five troops.

A U.N.-appointed mediator, widely believed to be a German intelligence officer, is seeking to negotiate an exchange.

Israel holds about 10 Lebanese, including Qantar and four Hezbollah fighters captured during the 2006 war. Qantar, who took part in a 1979 raid, has become a cause celebre for Hezbollah.

Israeli officials had ruled out releasing Qantar unless they received word on Ron Arad, an air force navigator missing since he bailed out over Lebanon in 1986.

Hezbollah has repeatedly said it has no information on Arad's fate. Israel appears to have accepted the trail is cold.

Israel's biggest newspaper, Yedioth Ahronoth, carried a front-page report that Prime Minister Ehud Olmert would meet Arad's family on Tuesday "possibly to say that there is no longer any point to holding Qantar as a bargaining chip".

Returning Goldwasser and Regev could help Olmert at a time when a corruption scandal threatens to force him from office. In parallel, he is pursuing Egyptian-mediated talks for the return of a soldier held in the Hamas-ruled Gaza Strip since June 2006.

In 2004, Israel freed hundreds of Arab prisoners, most of them Palestinian, in exchange for a kidnapped Israeli businessman and the bodies of three soldiers held by Hezbollah.