Nasrallah said that Georgians lost war against Russia after relying on Israeli weapons and military specialists. 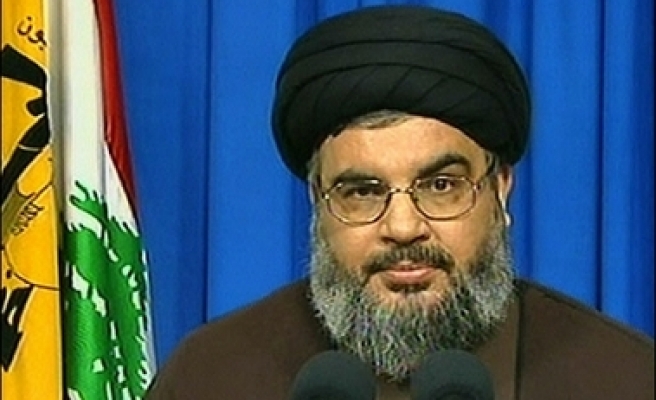 Nasrallah said that Israel has planned to assassinate Hizbullah leaders, saying this would not deter Hizbullah from continuing its battle against Israel.

"There has been an Israeli uproar about the reinforcement of Hizbullah's strength. There has been talk of sophisticated arms and an air defense system and threats if Hizbullah uses this kind of system," Nasrallah said.

"I tell the Zionists: We don't fear you. Say whatever you want and do whatever you want. We know that you are planning new assassinations of resistance leaders. But this will not make us retreat," he said. "We are staying here and standing fast here."

Georgia lost because of Israel

He said that the Georgian forces troops had now suffered a defeat to Russia "because they were trained by failed Israeli generals."

He said that Georgia's defeat sent out a message of warning to all those supported by the US, that they were only being used to fulfill American purposes.