President Moshe Katsav signed a plea bargain Thursday that will force him to resign but included no rape charges and entailed no jail time, Attorney General Meni Mazuz said. 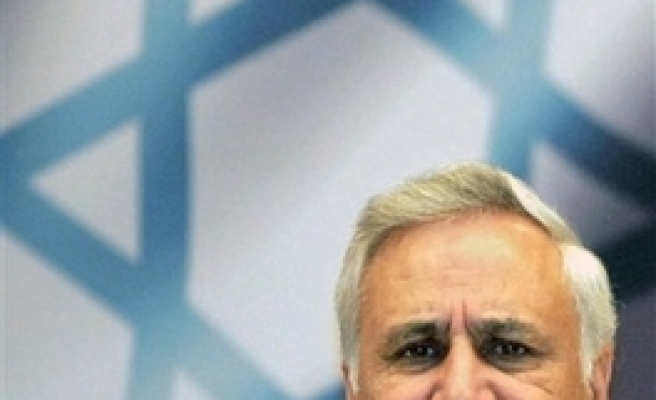 President Moshe Katsav signed a plea bargain Thursday that will force him to resign but included no rape charges and entailed no jail time, Attorney General Meni Mazuz said.

Under the deal, Katsav — who had insisted he was innocent of wrongdoing and the victim of a slur campaign — will plead guilty to sexual harassment, indecent acts and harassing a witness, Mazuz said.

Katsav will pay damages to complainants, but receive a suspended sentence, he added. He did not say when Katsav would step aside, and the president's office had no details.

Mazuz said Katsav requested the plea bargain, which was finalized shortly before a news conference began.

There was no immediate comment from Katsav's office following the news conference.

In the space of a year, Katsav has sunk from being "Israel's No. 1 citizen to a convicted sex offender," Mazuz told the news conference.

Accusations against Katsav first surfaced a year ago, and eventually spread to include four women who formerly worked with him in the president's office and earlier when he was tourism minister.

In January, Mazuz announced he planned to indict Katsav on charges of rape and lesser counts of sexual misconduct. But he allowed Katsav's attorneys to appear before him at a hearing in May to plead their case, as is customary practice with senior officials.

At that two-part hearing, new evidence was presented, he told the news conference, but did not give further details.

Many of the allegations expired under Israel's statue of limitations, Mazuz added.

Katsav stepped aside in January to fight the allegations against him, but did not quit. Lawmaker Dalia Itzik took over on an acting basis.

Veteran statesman Shimon Peres, who was elected earlier in the month to succeed Katsav, is to take over the job on July 15.

Kineret Barashi, attorney for one of the complainants, said Katsav received special treatment simply because he was president.

"There is no public interest in reaching a plea bargain and reducing his sentence just because we're talking about the president, and only because we're concerned about how we'll look to the world," Barashi said. Last Mod: 28 Haziran 2007, 13:01
Add Comment