Israel prepared on Monday for a prisoner swap with Hezbollah by moving four Lebanese fighters in its custody to a holding facility ahead of Wednesday's U.N.-mediated exchange. 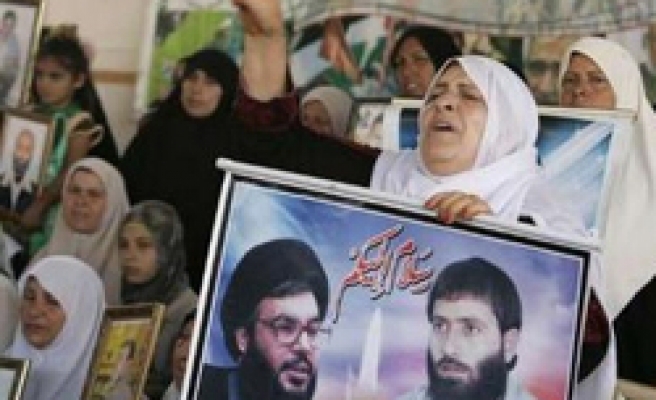 Maher Qorani, Mohammad Srour, Hussein Suleiman and Khodr Zeidan were transferred from Ashmoret prison, near the coastal city of Netanya, where they have been held since their abduction in the 2006 Lebanon war, to Hadarim jail some 11 kilometres (7 miles) away, a Prisons Services spokesman said.

There, they joined Samir Qantar, a Hadarim inmate who is also slated for release on Wednesday. Qantar, the most high-profile Lebanese prisoner in Israel, was jailed for life for a raid in the northern Israeli town of Nahariya in 1979.

In return for releasing the five men, Israel will get back two of its soldiers, captured in a cross-border Hezbollah.

Hezbollah has given no word on the condition of the soldiers, Ehud Goldwasser and Eldad Regev, although Israeli Prime Minister Ehud Olmert has said they are probably dead.

Under the deal, negotiated by a German intelligence officer, Israel will also hand over the bodies of 200 Arabs killed while in northern Israel, and Hezbollah will return the remains of Israeli soldiers killed in south Lebanon in 2006.

Israel, which has traded prisoners for soldiers' remains in the past, has called the exchange "Operation Moral High Ground", referring to what it describes as a policy of recovering its troops from the battlefield -- dead or alive.

A van with darkened windows transported the four prisoners to Hadarim prison. At the facility, they and Qantar will undergo medical tests before being driven to the border crossing at Naqoura, on the Mediterranean coast, for Wednesday's exchange.

Olmert had described Qantar as the last bargaining chip for word on the fate of Israeli airman Ron Arad, who disappeared after bailing out during a bombing run on Lebanon in 1986.

As part of the swap, Israel received a report and previously unseen photos of the airman from Hezbollah, but there was no indication that the information had shed new light on his fate.