The U.N. Office for the Coordination of Humanitarian Affairs (OCHA) said most of the roadblocks removed were of little or no significance. 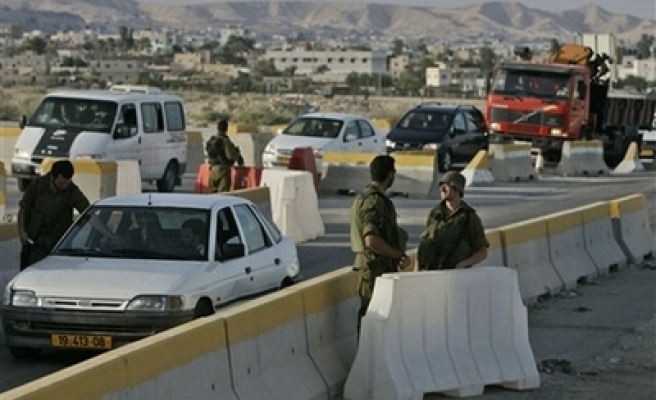 Israel has removed 44 roadblocks in the occupied West Bank, short of the number promised to U.S. Secretary of State Condoleezza Rice, a United Nations agency has found.

The U.N. Office for the Coordination of Humanitarian Affairs (OCHA) said most of the roadblocks removed were of little or no significance.

OCHA, which charts the location of roadblocks in the West Bank, conducted its own field survey of the 61 obstacles that Israel said it removed earlier this month after Rice's visit.

OCHA found that 44 of the 61 obstacles had been removed, six remained and 11 could not be found, according to a preliminary report presented to Western donors, a copy of which was obtained by Reuters.

The Israeli army had no immediate comment on the U.N. findings. The army announced last week the removal of 50 roadblocks plus one checkpoint, as promised to Rice. It subsequently said an additional 10 barriers were taken down, but the army would not disclose their locations publicly.

Of the 44 obstacles that OCHA confirmed as having been removed, five were classified by the U.N. agency as "significant" for Palestinians in the area.

OCHA said nine of the 44 were of "minimal significance" to Palestinians, noting there was another roadblock nearby or that the obstacle blocked an unpopulated area used by the Israeli army.

OCHA said 17 of the 44 roadblocks were of "no significance", either because they obstructed a closed military zone, had already been removed, were located near a Jewish settlement or were in the middle of a field.

OCHA cited 13 "questionable circumstances". In those cases, the agency visited the sites where it received repeated reports that obstacles were added at the last minute and then removed.

A U.S. general has been tasked with monitoring whether the roadblocks were removed as promised, but his findings have not been made public.

Rice said during her recent visit that she would push hard to ease West Bank restrictions to try to bolster Palestinian President Mahmoud Abbas, whose authority has been limited to the West Bank since Hamas Islamists seized the Gaza Strip in June.