A few hours after Fatah and Hamas signed a Yemeni deal, Israel on Monday asked Abbas to choose between Palestinian unity or peace negotiations. 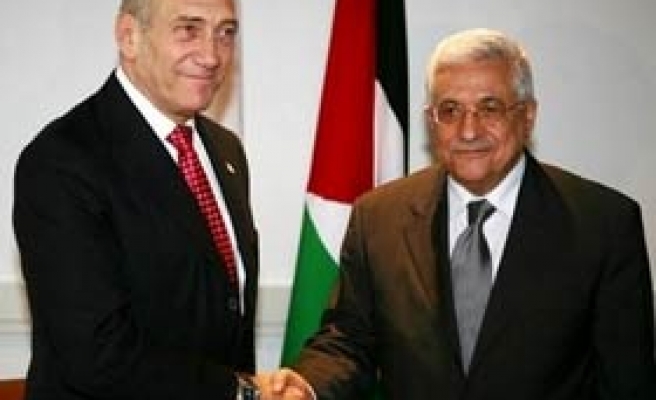 "Abbas must decide whether he wants to continue negotiations with Israel or if he wants to renew an alliance with Hamas," an Israeli official told Agence France-Presse (AFP) on condition of anonymity.

"He cannot have both at the same time."

Fatah and Hamas signed on Sunday, March 23, a Yemeni-brokered initiative, paving the way for their direct talks since Hamas' takeover of the Gaza Strip last June.

The initiative calls for a return to the pre-June status quo and early elections.

Israel and its ally the United States have slapped a crippling economic blockade on the Gaza Strip since Hamas was voted to power in 2006.

They boycotted the national unity government that brought together Hamas, Fatah and independents.

But the talks stalled over Israel's non-stop settlement building and refusal to put Al-Quds (occupied East Jerusalem) on the agenda.

His political adviser Nimr Hammad accused MP Azzam al-Ahmed, the head of Fatah parliamentary bloc who led its delegation to the talks, of keeping the Palestinian Authority in the dark on the deal's content before signing it.

"He should have told the president first about its content," Hammad told the Doha-based Aljazeera news television.

"He should have contacted Abbas' office before signing the deal to know about its content."

But al-Ahmed shot back.

"Hammad does not know anything," he told Aljazeera.

He said that he approved the agreement in coordination with Abbas's office, denying that he had exceeded his brief.

"There are some parties who don't want to achieve reconciliation or close the Palestinian ranks."

The Palestinian insists that the new deal is about implementation and not national dialogue.

"Resumption of dialogue in the future must be to implement the Yemeni initiative in all its items and not to deal with the initiative as a framework for dialogue," it said in a statement.

But Hamas number two Moussa Abu Marzouk, who led its delegation to the talks, says the deal is a guideline for reconciliation talks, not a pre-condition.

"There are two things [that are] very important - that we are going to return to a normal situation in Gaza and the West Bank, [and] the second one, that we consider the sticking points in the Yemeni initiative as the agenda of the negotiations."