Hamas official Sami Abu Zuhri said in Gaza, "we call upon all concerned parties to compel the Occupation to stop its aggression." 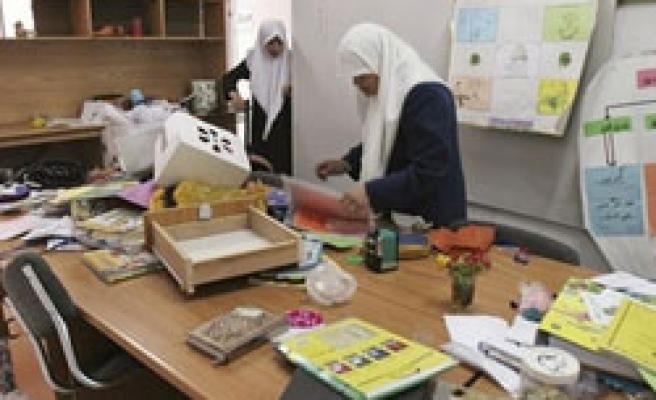 Israel raided a Palestinian religious affairs office on Monday and ordered a school, a clinic and a mosque shut for three years in the occupied West Bank, linked to Hamas.

Hassan Hilali, director of the Palestinian Religious Affairs Ministry's office in the city, said "we found broken doors and cabinets overturned" and documents appeared to have been taken.

Hilali said soldiers posted notices on the doors of the high school, mosque and clinic saying they would remain closed for three years because of their links with resistance groups.

Israel's Haaretz newspaper said the Israeli military was planning to step up a banning campaign against a Hamas-linked charitable network in the West Bank.

Hamas regards these organisations as legitimate providers of services and says they have nothing to do with the group's fight against Israel.

"We call upon all concerned parties to compel the Occupation to stop its aggression," he said.

Israel has been carrying out similar raids in the Hebron, Qalqilyah and Ramallah areas since the beginning of the year, but the campaign will now be expanded to additional parts of the West Bank.