Israel is violating its obligations under international law as an occupying authority in Al-Quds, serving the interests of Jewish settlers at the expense of the city's Palestinian population, the International Committee of the Red Cross said. 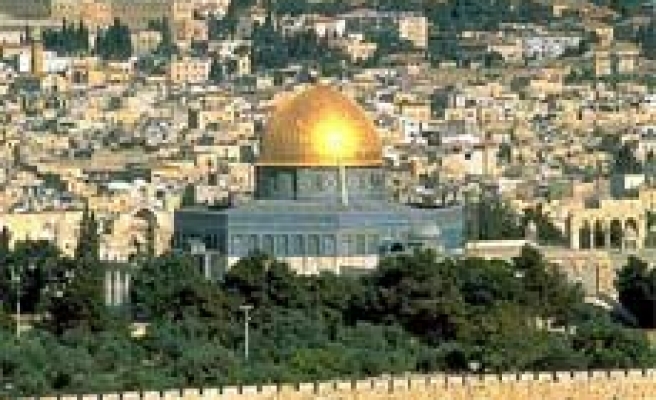 Israel is violating its obligations under international law as an occupying authority in Al-Quds, serving the interests of Jewish settlers at the expense of the city's Palestinian population, the International Committee of the Red Cross said in a confidential report cited by The New York Times on Tuesday, May 15.

The report, not supposed to be made public, accused Israel of reshaping the development of Al-Quds metropolitan area with "far-reaching humanitarian consequences."

The ICRC, the guardian of humanitarian law under the 1949 Geneva Conventions, accused Israel of isolating Palestinians in Al-Quds from the rest of the occupied West Bank and preventing them from getting permanent residency.

As a result of the segregation policy, it added, the Palestinians are deprived from basic services such as schools and medical care.

"The route of the West Bank barrier is also following a demographic logic, enclosing the settlement blocs around the city while excluding built-up Palestinian areas (thus creating isolated Palestinian enclaves)."

The 700km-long barrier is a mix of electronic fences and concrete walls that will eventually snake some 900 kilometers along the West Bank and leave even larger swathes of its territory on the Israeli side.

It estimated that with the competition of the wall, 30 percent of the West Bank population, or some 680,000 people, will be "directly harmed".

After the International Court of Justice issued a landmark ruling branding the wall as illegal, the UN General Assembly asked Israel to tear it down and compensate the Palestinians affected.

The ICRC findings were issued in February after nine month of work but like other documents was not published.

Bernard Barrett, an ICRC spokesman, said the report was forwarded to Israel and a small number of foreign governments "we believe would be in the best position to help support our efforts for the implementation of humanitarian law."

The ICRC said Israel is misusing its power as an occupier "in order to further its own interests or those of its own population to the detriment of the population of the occupied territory."

It insisted that in so doing Israel was in breach of the letter and spirit of international law, particularly the law of occupation.

The ICRC reiterated that all lands captured by Israel in the 1967 war, including East Jerusalem, remain to be occupied territory under international law.

Marking the 40 anniversary of its illegal annexation of Al-Quds, Israel unveiled on Sunday, May 13, a 1.5-billion-dollar plan described by Palestinians as the biggest in its never-ending attempt to Judaize the holy city.

It includes financial aid to Jewish settlers in the city and incentives to settlers and NGOs to move to the holy city.

The plan also stipulates relocating all ministries, except the defense, and most government agencies to Al-Quds in the coming 8 years, and compensating affected civil servants.

Since 1967, Israel has adopted a series of oppressive measures to force the Palestinians out of Al-Quds, including systematic demolition of their homes.

Israeli authorities do not issue building permissions for Palestinians who are also banned from renovating their house unless with an Israeli permit, which they rarely get.

There are also special IDs for Palestinians living in the Al-Quds without which they would be prevented from entering the city, home to Al-Haram Al-Sharif, which includes Islam's third holiest shrine Al-Aqsa Mosque.

"[It] couldn’t continue this blunt violation for 40 years if it did not feel impunity toward the international community." Last Mod: 15 Mayıs 2007, 23:16
Add Comment