Israel threatened to step up more missile attacks across the border, while fighting between rival Palestinian factions in Gaza abated on Thursday after a new ceasefire deal. 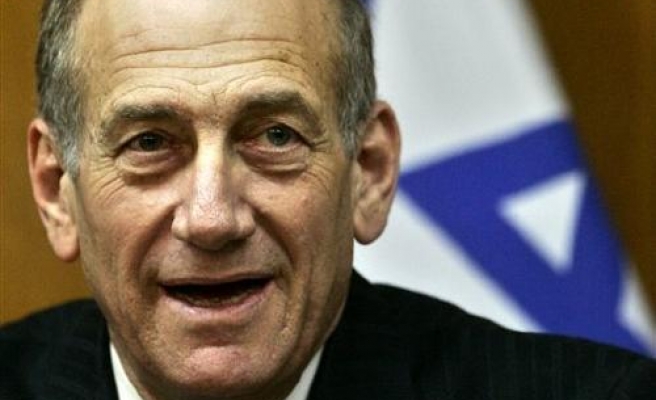 Israel threatened to step up more missile attacks across the border, while fighting between rival Palestinian factions in Gaza abated on Thursday after a new ceasefire deal.

"Israel will take all measures to protect our citizens from these Hamas rockets," said Miri Eisin, a spokeswoman for Israeli Prime Minister Ehud Olmert.

At least two Israelis were lightly wounded by rockets in the southern town of Sderot.

Israeli officials said Israel had no immediate plans to attack Hamas's political leadership and played down the likelihood of a sustained ground offensive. They said Israel was more likely to move in and out quickly to try to establish a buffer.

The latest in a series of ceasefires declared in Gaza since fighting erupted on Friday between Hamas and President Mahmoud Abbas Fatah faction was followed by a steep drop in the level of violence.

More than 40 people have died in some of the fighting Palestinians.

Many of Gaza's 1.5 million residents have been holed up in their homes since Friday as masked fighters battled from sidewalks and rooftops for dominance. Despite Thursday's relative calm, many shops and schools remained closed.

Abbas appeared likely to call off plans to travel to Gaza on Thursday for crisis talks with Prime Minister Ismail Haniyeh.

Struggling to stay in office after an official report sharply criticised his handling of last year's war in Lebanon, Olmert is under heavy domestic pressure to stop the rockets without getting bogged down in another inconclusive conflict.