Israel declined to say how many of the 11,000 or so in its custody would be released. 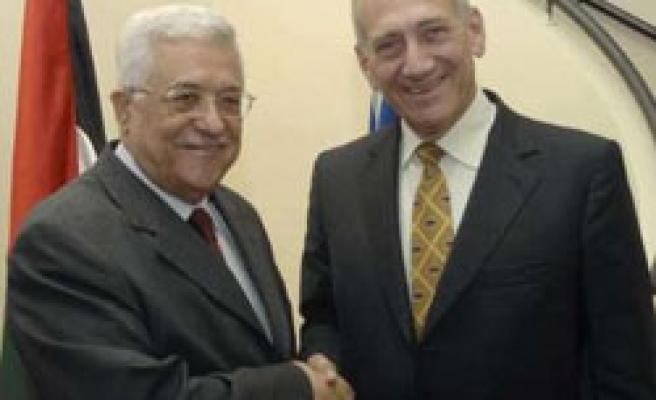 Israel said Wednesday it would free Palestinian prisoners later this month as a goodwill gesture to President Mahmoud Abbas, but declined to say how many of the 11,000 or so in its custody would be released.

Israel freed 429 Palestinians in December as a gesture to Abbas following the resumption of peace negotiations the previous month. The release was intended to strengthen Abbas against his Islamist rivals in Hamas who control the Gaza Strip.

Olmert and Abbas met to discuss how to broker a peace deal but since the Israeli prime minister said last week he was quitting over a corruption scandal few see much chance of an agreement taking place.

Even before the resumption at Annapolis of negotiations that had been on ice for years leaving the outlines of the Palestinian state that he has hoped for from the talks even less certain than before.

Peace talks were launched with the goal of reaching a statehood deal in 2008.

Olmert and Abbas meet regularly but Wednesday's session was the first since the prime minister's decision to quit.

Israeli officials said the goal was to show that political uncertainty in Israel would not derail the negotiations.