Israel to free some Palestinian prisoners

Israeli Prime Minister Ehud Olmert said on Monday he was ready to free about 250 Palestinian prisoners as a goodwill gesture to help President Mahmoud Abbas and his Fatah faction. 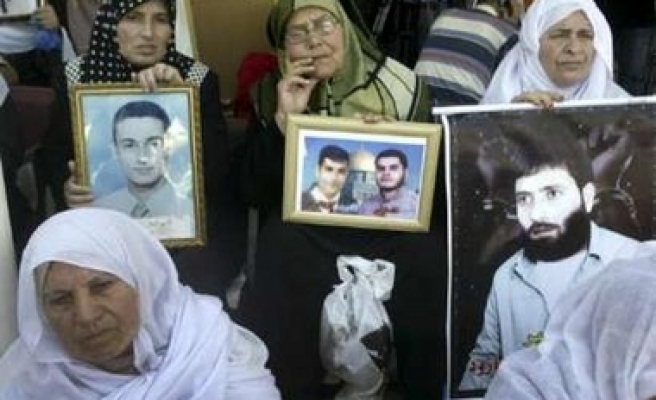 Israeli Prime Minister Ehud Olmert said on Monday he was ready to free about 250 Palestinian prisoners as a goodwill gesture to help President Mahmoud Abbas and his Fatah faction.

The two leaders held talks in the Egyptian Red Sea resort of Sharm el-Sheikh, their first meeting since Hamas seized the Gaza Strip nearly two weeks ago and left Abbas and his secular forces holding the larger West Bank.

Olmert told a joint news conference with Palestinian, Egyptian and Jordanian leaders he would work with “moderates” like Abbas to secure peace in the Middle East.

“I look to ... Prime Minister Olmert to start serious political negotiations, according to an agreed timeframe, with the aim of setting up an independent Palestinian state. My hand is stretched out to the Israeli people,” said Abbas.

Olmert said he was willing to resume a US-sponsored programme of two-weekly talks to push forward with efforts to found a Palestinian state, despite Hamas’s control of Gaza.

“As a gesture of goodwill towards the Palestinians, I today announced my intention to release (about) 250 prisoners who are members of Fatah who do not have blood on their hands, with their commitment not to involve themselves again in terror.”

Hamas has accused Abbas of a “coup” by dismissing the Hamas-led Palestinian government that held power before the Gaza takeover and of giving in to “Zionist blackmail”.

The Arab leaders at the meeting asked Olmert in an open session to take steps to make life easier for Palestinians and also to start political negotiations on a final settlement of the Israeli-Palestinian conflict.

Abbas’s short-term demands included an end to all work on Jewish settlements in Palestinian territory and on the wall or fence that Israel is building through the West Bank.

Hamas, excluded from the meeting because the participants recognise only Abbas, said the leaders were chasing a mirage.

“(The summit) did not give our people anything new except some talk about some money, which was stolen from us,” said Hamas official Sami Abu Zuhri.
Last Mod: 26 Haziran 2007, 13:27
Add Comment