The Israeli army charged two soldiers on Thursday over the shooting with a rubber bullet at a bound and blindfolded Palestinian, a military spokesman said. 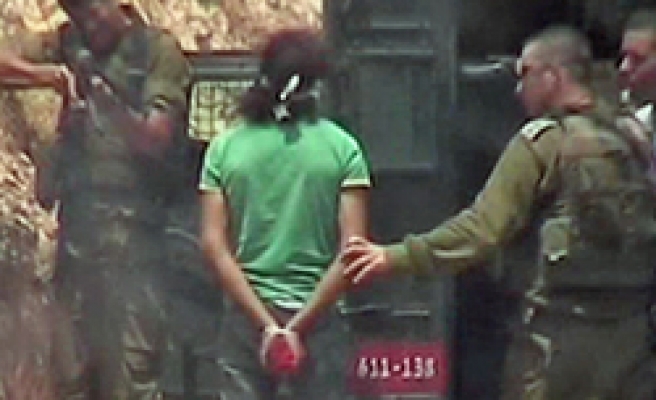 Lieutenant Colonel Omri Borberg, a regimental commander who was suspended last month pending a military investigation, was transferred from his position a day earlier over allegations he ordered the soldier, identified only as Staff Sergeant L., to fire the bullet.

"The Military Advocate General said both the officer and soldier involved will be tried in a military court," the spokesman said in a statement.

The Military Advocate General said it was charging the soldiers with the offence of "unworthy conduct".

A 14-year old Palestinian girl from the village filmed the shooting incident from the window of her home, though the first few seconds immediately following the shooting are missing.

The video clip has caused shock and outrage in the world.

The shooting occurred on July 7, while the village was under full closure for four days. Palestinians, left-wing activists, and international peace activists protested Israeli wall in the village.