Israel will free prisoners in gesture to Abbas

The Israeli cabinet agreed to release 200 Palestinian prisoners as a gesture to Palestinian President Abbas. 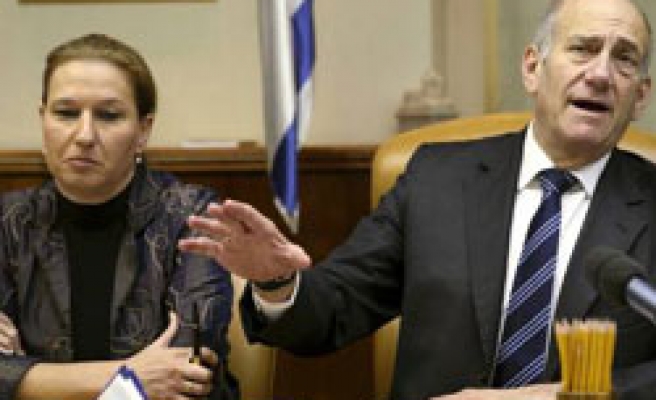 The Israeli cabinet agreed on Sunday to release 200 Palestinian prisoners, including two jailed 30 years ago for attacks on Israelis, as a gesture to Palestinian President Mahmoud Abbas, government officials said.

Nabil Abu Rdainah, an Abbas aide, called the move "a step in the right direction" as Israel and the Palestinians pursue a statehood deal by January in U.S.-sponsored talks, but said "thousands, not hundreds" of prisoners should be set free.

A spokesman for Prime Minister Ehud Olmert said the cabinet voted to release about 200 Palestinian prisoners as a confidence-building measure aimed at bolstering Israeli-Palestinian dialogue and strengthening moderates.

A government official said the release would be carried out around Aug. 25, before the Muslim holy month of Ramadan.

A release list has not been finalised but would include long-serving inmates, women and children, and two prisoners involved in attacks on Israelis before the 1993 Oslo peace deal, the official said.

Dogged by a corruption scandal, Olmert has pledged to use his remaining time in office to pursue efforts to reach a peace deal with Abbas. Olmert has said he will resign once his Kadima party chooses a new leader in September.

Abbas has been weakened by last year's takeover of the Gaza Strip by Hamas Islamists and his efforts to seal an agreement with Olmert have been hampered by violence and the expansion of Jewish settlements in the occupied West Bank.

HAMAS CALLED FOR PRISONERS FROM HIS GROUP TO BE INCLUDED

Hamas spokesman Sami Abu Zuhri called for prisoners from his group to be included in the release. He said freeing only those from Abbas's Fatah faction would be "an attempt to strengthen Palestinian internal divisions".

Palestinian officials said Abbas had requested that the group include Said Atabeh, a member of the Democratic Front for the Liberation of Palestine jailed in 1977 and the longest-serving Palestinian prisoner in Israel.

Israel released 429 Palestinians as a gesture to Abbas after the resumption of peace negotiations in November at a conference in Annapolis, Maryland.

Months of meetings, closely shepherded by U.S. Secretary of State Condoleezza Rice, have produced little visible progress on key issues such as control of Jerusalem and the future of millions of Palestinian refugees.