A group of Israeli Arab intellectuals are calling on Israel to recognize its responsibility for the Nakba,The Catastrophe, after 1948 and to act to implement the Palestinian refugees' right of return and establishment of a Palestinian state. 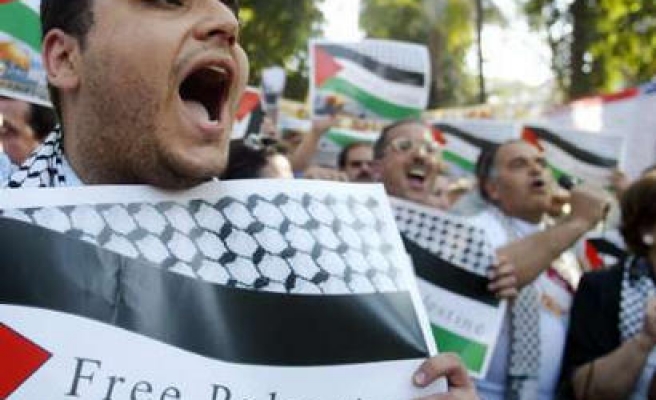 A group of Israeli Arab intellectuals are calling on Israel to recognize its responsibility for the Nakba,The Catastrophe, after 1948 and to act to implement the Palestinian refugees' right of return and establishment of a Palestinian state.

These moves will pave the way to a historic reconciliation between the Jewish and Palestinian people, says a position paper entitled "The Haifa Declaration" published in Haaretz for the first time on Tuesday. The composers urge Israel to become a democratic state that upholds "national equality" between Jews and Arabs.

The demands in the Haifa Declaration are similar to those made in previous position papers and consist first and foremost of abolishing the Jewish state.

"A democratic state based on equality between the Israeli Jews and the Palestinian Arabs in Israel will ensure both groups' rights in a just and egalitarian way," it posits.

This is the fourth position paper released by leading organizations of the Arab community in Israel in recent months. It follows the Ten Points of the Mossawa Center, The Advocacy Center for Arab Citizens in Israel, The Future Vision of the Palestinian Arabs in Israel of the Higher Arab Monitoring Committee and the Democratic Constitution of the Adalah Legal Center for Arab Minority Rights in Israel.

The declaration distinguishes between Jews who live in Israel and those who are not Israelis. The Arab minority is defined as a "homeland minority," which is entitled to many rights according to the international law. Israel is accused in the paper of trying over the years to distort the identity of the Arabs in Israel.

The declaration demands canceling the laws of immigration (Law of Return) and citizenship (that prevent Israeli Arabs from marrying Palestinians). It demands a veto right for Arabs in all matters pertaining to their status and to ensure them cultural autonomy. The resources must be distributed on "principles of justice and affirmative action."

The paper was written by figures identified with various parties, including Balad and Hadash, but not with the Islamic movement. Professor Nadim Ruhana, director of Mada al-Carmel Arab Center for Applied Social Research, who spearheaded the initiative to write the document, said on Monday that the project was sparked by the prevalent feeling that the Israeli bodies working on a constitution were overlooking Israeli Arabs.

"We are not immigrants. We see ourselves as owners of this place, even if we recognize the Jewish nation in Israel, and we have reached the conclusion that we must think of our place in our homeland," he said.

The writers decided to publish the paper on May 15, Nakba Day. It describes the event as a seminal one that established the negative relationship between the Arab citizens and the state.

"Following the event we, the remainder of the original homeland residents, became bereft of real citizenship and especially of equality," it says. The paper castigates tribalism in Arab society, which it says facilitated Israel's "divide and rule" strategy, which "strengthened the discourse based on tribal, parochial zealotry."