Dozens of Palestinian shops and homes were damaged, and water, sewage and electrical lines were cut in the West Bank town of Nablus on Saturday by Israeli army blasting of concrete barriers blocking entrances to the crowded Old City, officials at City Hal 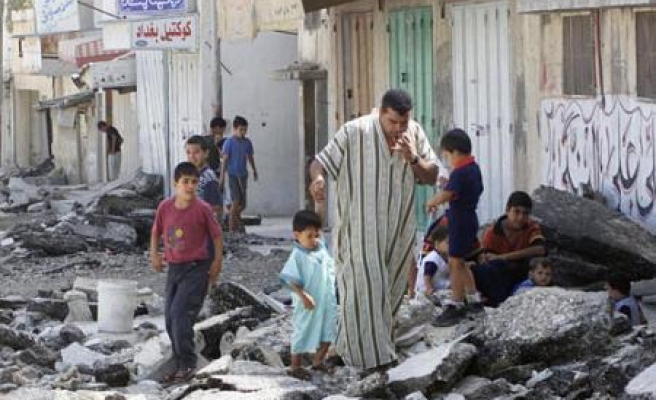 The predawn explosions left thousands without running water and electricity, though repair teams were out by mid-morning.

Said Handiyeh, a Nablus city council member, estimated the damage at $100,000. He said a 60-year old woman was slightly hurt by shattering glass.

The military, which conducts frequent arrest raids against fighters in Nablus, said it would look into the report.

Three Palestinian Cabinet ministers later came to the city to review the damage.

"Israel has been ruling the Palestinian people for 40 years, and what is happening to Nablus is out-and-out war," Information Minister Mustafa Barghouti said. "Israel ... is choking the city with barriers."