A group of internationally renowned Israeli authors and university presidents demanded Wednesday that Israel grant Palestinian students from the Gaza Strip free movement to superior universities in the West Bank. 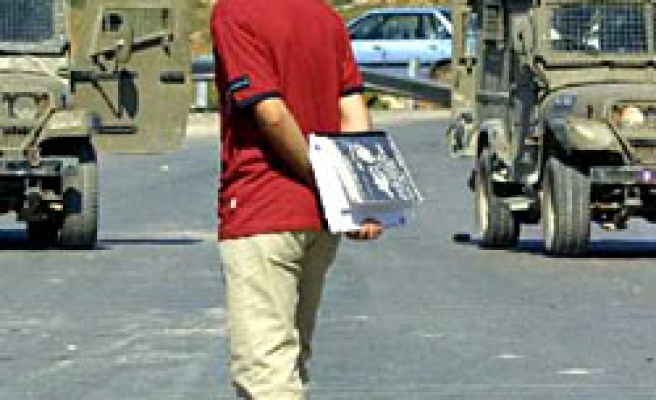 A group of internationally renowned Israeli authors and university presidents demanded Wednesday that Israel grant Palestinian students from the Gaza Strip free movement to superior universities in the West Bank.

In a joint letter to Defense Minister Amir Peretz, they called on Israel to lift its sweeping ban on the travel of Palestinians between the West Bank and Gaza so students could pursue their education.

"Blocking access to higher education for Palestinian students from Gaza who choose to study in the West Bank casts a dark shadow over Israel's image as a state which respects and supports the principle of academic freedom and the right to education," the letter states.

The appeal was signed by authors Amos Oz, A.B. Yehoshua and David Grossman, and the presidents of the Hebrew University in Jerusalem, Ben-Gurion University, Haifa University and the Technion technology institute.

The Defense Ministry said it hadn't received the letter and had no immediate comment.

Israel, which tightened its travel restrictions after the Hamas-led Palestinian government took office last year, has previously cited security concerns as the reason for the restrictions.

The letter was published the same day Israeli academic institutions faced a potential boycott from British academics. Britain's University and College Union was due to discuss a boycott of Israeli universities and prevent European Union research funds from going to Israel because of its policy toward the Palestinians.

In 2005, the Association of University Teachers approved a boycott, but the decision was later overturned. In 2006, the National Association of Teachers in Further and Higher Education did the same, but that decision became moot when the two unions merged to form the UCU.

West Bank universities have far higher standards than those in Gaza, and offer programs that are not available there, such as occupational therapy, physical therapy and health administration, said Sari Bashi, director of Gisha, an Israeli nonprofit group that initiated the Israeli appeal.

The group has challenged the travel restrictions in a petition to the Supreme Court. The case is scheduled to be heard in July.

Bashi said her group is demanding that Israel do away with the blanket travel ban on Palestinian students and evaluate each case individually.

"These are students who asking to study a profession that is not available in Gaza," she said.