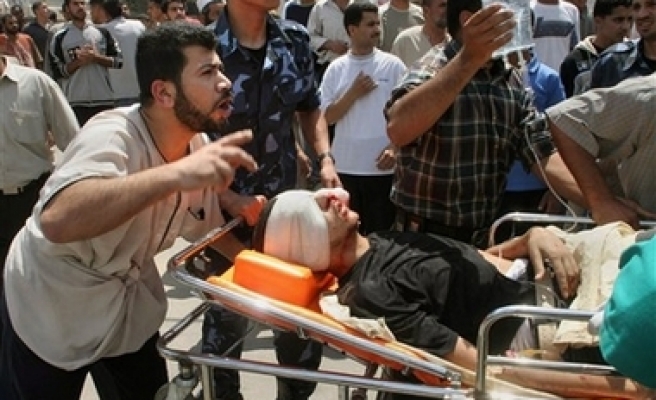 Hamas said the missiles struck one of its military buildings in the town. The Israeli army confirmed its aircraft fired on southern Gaza, but did not give details.

Israel's missile strike added another layer of complexity to Gaza and raised the specter of a large-scale Israeli invasion.

Palestinian medical officials said four Hamas gunmen were killed and 30 others wounded. In a display of unity, Hamas and Fatah men worked together to evacuate the casualties.