A report had said in June Israel's foreign minister, Tzipi Livni, was a Mossad agent and ran a series of killings against the Palestinians in Europe in the early 1980s. 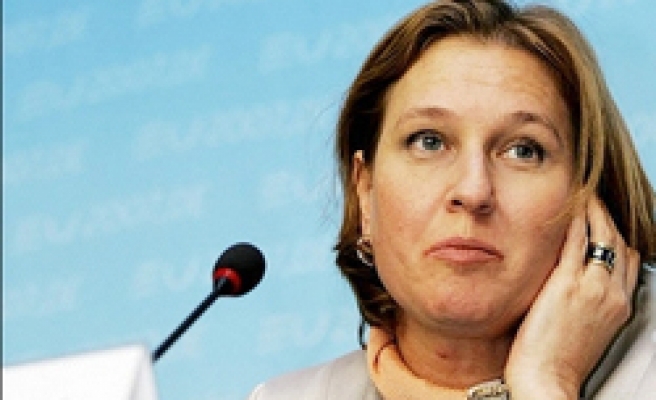 Israeli Foreign Minister Tzipi Livni, a contender to replace Ehud Olmert as prime minister, publicly admitted on Tuesday she had been an agent for the Mossad spy agency.

"I served for four years within Mossad," she told army radio. "I also followed training courses and worked overseas."

Livni decline to discuss any missions she may have conducted for the agency.

"I quit Mossad when I married because I could not continue to lead this kind of life," she said.

Israeli and foreign media had previously said Livni worked for Mossad between 1980 and 1984 but she had not publicly confirmed the reports.

The Sunday Times said in June Israel's foreign minister, Tzipi Livni, was a Mossad agent and ran a series of killings against the Palestinians in Europe in the early 1980s.

According to the daily, Livni's former colleagues revealed that she traveled throughout Europe in the early 1980s, "taking out" Palestinians.

Livni was on active service when Mamoun Meraish, a businessperson and a top lieutenant in the Palestine Liberation Organization, was shot dead by a Mossad hit squad in Athens on August 21, 1983.

Two young men on a motor bicycle, their faces covered by crash helmets, shot Meraish car as it waited at a traffic junction. They also wounded another Palestinian in the car and Meraish's three children, aged 4, 9 and 13.

The newspaper adds Livni was not directly involved in the killing but her role in Mossad is shrouded in mystery.

The Palestine Liberation Organization's mission in Athens at the time condemned the killing, saying it was "the work of Israeli agents and part of Israel's general policy to exterminate the people of Palestine".

Livni, 49, is a candidate in a leadership election that Olmert's centrist Kadima party is scheduled to hold by September 23. Olmert, who is dogged by a series of graft scandals, is yet to announce whether he will compete.