Labour party members in Israel are due to elect a new leader in a vote that could determine the future of Israeli politics. 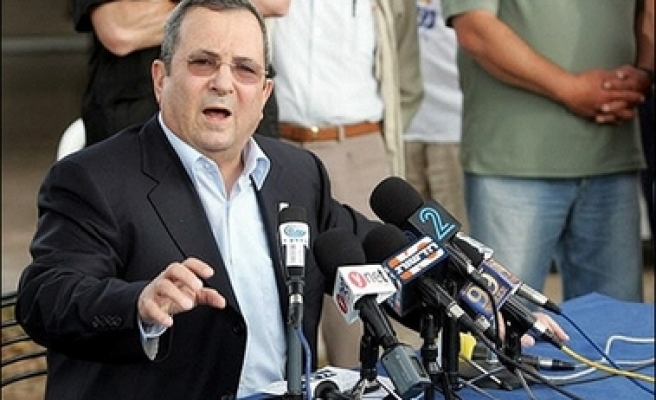 Labour party members in Israel are due to elect a new leader in a vote that could determine the future of Israeli politics.

The election on Monday could also determine the fate of Israel's coalition government and Ehud Olmert, the Israeli prime minister.

Whoever wins will have to decide whether the Labour party should continue to prop-up Olmert's coalition, or leave.

The two front-runners for the leadership have a strong security background - Ehud Barak, a former prime minister, and Ami Ayalon, former chief of the Shin Beth intelligence agency.

Both have said they will pull Labour out of Olmert's coalition unless the premier steps down in light of the Winograd Commission report's was criticism of his handling of last year's Lebanon war.

Ayalon says he will do so immediately and Barak has said he would serve in Olmert's government until early elections are held.

If Labour and its 19 ministers leave, Olmert's coalition will have the support of just 59 MPs - two short of a majority in the 120-seat parliament.

According to a compilation of recent polls published on Sunday in the tabloid Maariv, Ayalon leads the race slightly with 32.3 per cent, followed by Barak with 30.2 per cent, and Amir Peretz, the current Labour leader and defence minister, with 14.7 per cent. Five candidates in all are running.

A candidate must receive 40 per cent of the votes during the primary ballot to avoid a run off.

If a second round of voting is held, Ayalon would receive 47 per cent of the votes against 36.4 per cent for Barak, Maariv reported.

Ayalon intends to pull Labour out of Olmert's government and try to form a new one together with the premier's centrist Kadima party, a senior aide told Associated French Press.

"Ayalon believes conditions are ripe for a change in government. There is enough support in Kadima to change its leader and then we could form a new government," he said.

Olmert could face three options - to resign, to try to form a new coalition with an ultra-Orthodox or a right-wing party, or call for early elections.

Barak, Israel's most decorated soldier and a former chief-of-staff, has also called for Olmert to step down, but has nevertheless stated he intends to join his government at a first stage as defence minister.

About 104,000 party members are to vote in Monday's primary. Should no candidate receive the required 40 per cent, a run-off vote will be held two weeks later.