Israel’s disgraced president Moshe Katsav resigned on Friday after signing a controversial plea bargain that will see him convicted of sexual offences but escape jail for initial rape charges. 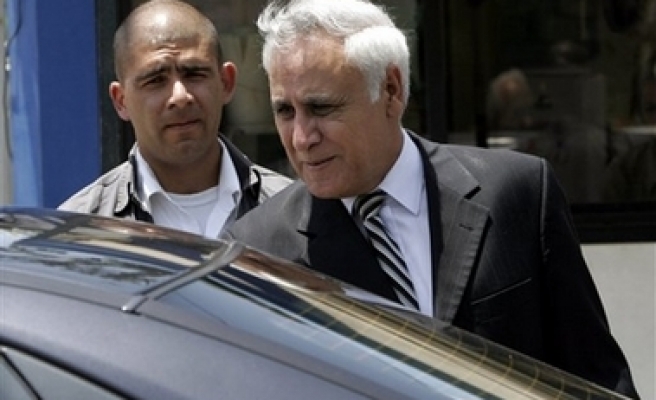 Israel’s disgraced president Moshe Katsav resigned on Friday after signing a controversial plea bargain that will see him convicted of sexual offences but escape jail for initial rape charges.

The father of five, who suspended himself from duty in January over the worst scandal to befall an Israeli leader, sent a letter of resignation by courier to parliament speaker Dalia Itzik, a senior aide to Katsav told AFP.

His resignation will take effect in 48 hours, when Itzik will be named interim president and the state prosecution will indict Katsav.

The Iranian-born president was forced out of his seven-year term in office some two weeks before Shimon Peres is officially sworn in as his successor, having been elected Israel’s ninth president this month.

‘I wish to end the term of my office two weeks in advance and therefore I announce my resignation,’ Katsav wrote in the letter to Itzik, according to parliamentary sources.

The 61-year-old and Israel’s first head of state born in an Islamic country on Thursday signed the deal, admitting to a series of sex offences, including harassment and indecent acts, but dropping two rape charges.

The plea bargain sparked a wave of national outrage.

One of the alleged rape victims, plaintiff ‘A’, said she would lodge an appeal at the high court demanding judges overturn what her lawyer slammed an ‘amoral’ deal ‘contrary to public interest’.

Katsav agreed to a suspended prison sentence and a fine of 11,000 dollars but dodged a possible jail term and rape charges, which appeared in the initial charge sheet which the police handed to the state prosecution last January.

He will now become Israel’s first head of state convicted of sex offences and the second president to be forced out of the largely ceremonial office and into disrepute owing to scandal.

The deal, which was agreed with Attorney General Menachem Mazuz, has been slammed as an outrage and an injustice by the prosecution, women’s activists and the media.

‘The disgraceful deal’ shouted the front-page of the mass selling Yediot Aharonot daily.

Columnists, legal and political analysts and politicians also blasted Mazuz for dropping the multiple rape charges after declaring his intention earlier this year to indict the president for rape.

According to an opinion poll published in Yediot, 69 percent of Israelis said they opposed the deal and 73 percent believed justice had not been done in the Katsav affair.

Women’s groups and victims of sex attacks are also reportedly planning to demonstrate against the plea bargain in Tel Aviv on Saturday evening.

Plantiff ‘A’, who accused Katsav of raping her while she was his secretary in the late 1990s, held an hour-long news conference after the plea bargain was signed, revealing graphic details of the alleged rapes by her ‘monstrous’ boss.

‘Sex offenders have been given legitimisation to do anything they want, without being punished by the law,’ she said at the televised conference, her face obscured to shield her identity.

She accused Katsav of exposing her to ‘physical and moral terror,’ of threatening to destroy her life unless she submitted to his demands, forcing himself on her the first time they had sex in his office and flashing her.

‘He was like Doctor Jekyll and Mr Hyde, he had a split personality, I saw his monstrous side,’ she said.

Katsav told the Maariv tabloid-style newspaper that he decided to accept the plea bargain because ‘I did not have the strength for a legal battle... so I confessed to hugging and kissing out of fondness.’

His predecessor, the late Ezer Weizman, was forced to resign in 2000 after revelations that he received around 450,000 dollars from a French millionaire while a minister and an MP. Last Mod: 29 Haziran 2007, 19:12
Add Comment