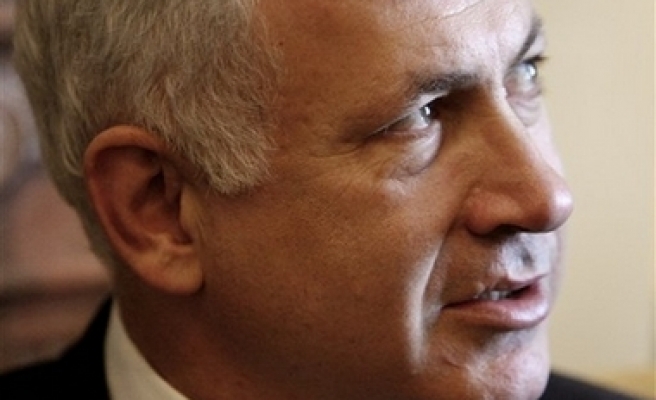 Speaking at the close of a four-way summit with Abbas, Egyptian President Hosni Mubarak and Jordanian King Abdullah II, Olmert announced on Monday that he would seek cabinet approval for the release of 250 Fatah prisoners.

This would send a wrong message, and instead of strengthening the Palestinian (National) Authority it would only weaken it," Netanyahu said during a Jewish Agency conference in Jerusalem. "I don't think it would help, it would only harm and weaken Abu Mazen (Abbas)," he added that "giving them guns and freeing prisoners is a mistake."

MK Yisrael Hasson from Yisrael Beiteinu hinted on Tuesday that concessions such as a prisoner release might convince the right-wing party to bolt Olmert's ruling coalition.

"We must continue to monitor the prime minister's policy before we decide whether we intend to leave the coalition," Hasson was quoted by Army Radio.

From the left, however, there was praise for Olmert's stance. Leftist Meretz party chair Yossi Beilin called Olmert's speech "courageous and important."

Palestinian analysts said that the move was unlikely to significantly improve Abbas' standing among Palestinians, as only members of Abbas' Fatah were to be freed, a local Ha'aretz said.