When Iranian agents boarded an airplane that made an emergency landing in Tehran, the only Israeli passenger on board feared the worst. Instead, he left with a gift of a wooden music box and an invitation to return when times are better. 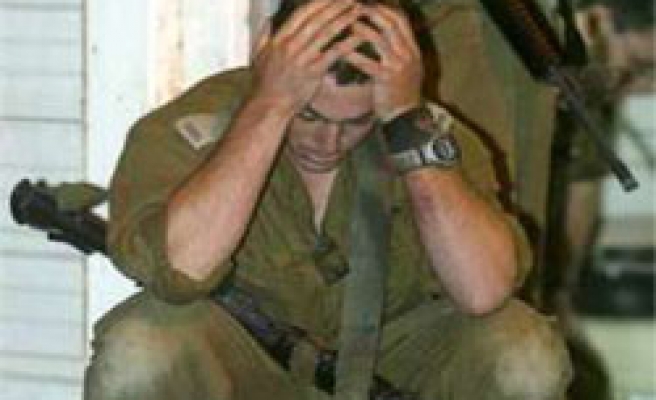 When Iranian agents boarded an airplane that made an emergency landing in Tehran, the only Israeli passenger on board feared the worst. Instead, he left with a gift of a wooden music box and an invitation to return when times are better.

Israeli scientist Benny Medvedev told Israeli media that he spent several harrowing hours in Tehran over the weekend after the Turkish Airlines flight from Istanbul to India made two emergency landings due to mechanical problems.

Israel and Iran are enemies and have no diplomatic relations.

When the crew informed the 123 passengers that the plane was landing the first time on Friday, the terrified Medvedev tried to persuade the pilot to let him stay in the cabin, he told the Yediot Ahronot newspaper.

The pilot refused, and the Israeli sat himself between British tourists with the hope he would not be discovered as the only Israeli on the airplane, he told Yediot. But when the Iranian security boarded the airplane, they walked directly to Medvedev.

"For the first hour I was terrified to death," Medvedev told the daily. "Like everyone else I serve in a (Israeli reserve) combat unit ... I didn't want to get off the airplane but I didn't have a choice."

Medvedev feared that he would be taken away and never heard from again, he said. But the Iranian security men quickly allayed his fears.

"They told me, 'We know you are Israeli but you don't have anything to be worried about. We will help you with anything you need,'" Medvedev said.

Medvedev, a researcher at Israel's Institute for Earth Sciences, was allowed on his laptop to connect to the Internet and send an e-mail to his boss, he said.

"The security people treated me very well," Medvedev told the Y-Net Web site. "I even received a gift of a wooden music box. They invited me to visit again and I invited them to visit Israel, when there will be peace."

Medvedev's story appeared on the front pages of most of the country's newspapers Sunday. Yediot published photos of him being greeted by Israeli diplomats in Mumbai, along with him wheeling a cart with the wooden box and a duty-free bag from the Tehran airport.

Iranian forces captured 15 British sailors and marines on March 23 as they boarded ships in the Persian Gulf to check for contraband goods. Iran charged them with being in its territorial waters but eventually freed the team. Last Mod: 07 Mayıs 2007, 13:00
Add Comment