According to Turkish expertbLaçiner, Turkey's independent foreign policy line has not been appreciated by some "deep elements" in both Israel and the United States. 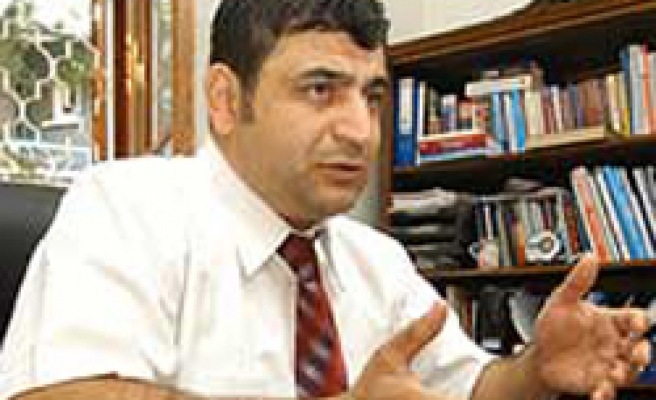 Two experts have said Sunday night's twin bombings in İstanbul were aimed at pitting Kurds against Turks, regardless of who was behind the attacks, which took 17 lives and wounded nearly 150 people.

"Bloody civilian massacres show that a terrorist organization is in dire straits both ideologically and materially," Laçiner told the Anatolia news agency yesterday. He added that the outlawed Kurdistan Workers' Party (PKK) has been known to carry out such attacks when it feels stranded.

Although the PKK denied any involvement in the incident and condemned the attackers, Laçiner said the separatist organization saw a lot of losses in the last year, so it may feel it needs to reassert itself.

He also said the "deep" structures within the PKK may have connections both to the "deep elements" within Turkey and to circles outside of Turkey.

The Sunday evening attack, the deadliest in Turkey since 2004, killed 17 people, including five children. It further unsettled a country that is already on edge as people watch the progress of two legal cases that illustrate the perilous rift between staunch secularists and the religiously accommodative Justice and Development Party (AK Party), which broadened its mandate in last year's general elections.

The attacks came hours before the Constitutional Court began deliberations over whether to shut down the ruling AK Party and place political bans on many of its members, including the prime minister, on grounds that it undermines secularism, although the party strongly denies any ambition to create an Islamist regime.

Tensions have also risen in recent weeks over a widening police investigation into a suspected ultranationalist group called Ergenekon, which is accused of terrorist activities. In a separate case, Turkish prosecutors filed charges this month against 86 people, including former military officers, accusing them of planning to overthrow the government. In the past, military leaders have forcibly removed from power governments they judged too Islamic.

Pointing out the timing of the attacks in relation to these two cases, Laçiner said the terrorists had been waiting for that specific date.

Laçiner also cites another bombing on Monday in the northern city of Kirkuk, where at least 25 people were killed and 185 injured at a Kurdish rally. He said the PKK did not accept responsibility for the Kirkuk bombing but that there were confrontations between Turkmens and Kurds following the incident, indicating the involvement of PKK-related elements.

"The goals of the Güngören attack and the attack in Kirkuk were the same. The goal is to create a clash between Kurds and Turks and create hostility," Laçiner added.

According to Laçiner, Turkey's independent foreign policy line has not been appreciated by some "deep elements" in both Israel and the United States.

Turkey has been playing a mediating role between Syria and Israel and between the United States and Iran.

"There are groups in Israel that are not pleased with this. Just as Turkey has a deep state, so do Israel and the United States. And a lot of those forces have been clashing over the issue, so some try to leave Turkey out of the picture. Some of those forces do not want to see Turkey as a center producing alternative policies. They want Turkey to be merely an extra in their own plans and programs."

Nihat Ali Özcan of the Economic Policy Research Institute (TEPAV) in Ankara supports Laçiner's views. Referring to the cooperation between the US and Turkey in the fight against the PKK, he said: "The US provides intelligence to Turkey. On the other hand, Turkey cooperates with Iran. So the PKK has been cornered and would like to create a chaotic environment in Turkey."

Similarly, he said, Kirkuk's situation is also at a critical point. Amidst ethnic tension, a referendum on the status of the city, slated for end of last year, was postponed to June after a series of constitutional requirements, including a pre-vote census, failed to be completed.

Kirkuk, which lies just outside the area of northern Iraq's Kurdish regional administration, is claimed by the Kurds. But Turkey, which once ruled the area under the Ottoman state and is concerned about the fate of the Turkmen minority there, has made clear it does not want to see the city and its oil resources come under the control of the Kurdish regional administration.

A UN special representative to Iraq is now working with Iraqi groups to propose a way to settle the dispute.

"The terrorist organization would like to see Turkey distracted by domestic problems at this time," Özcan said.

He also emphasized that the Turkish military's operations have been continuing against the PKK.

The twin attacks in İstanbul came hours after Turkish fighter jets bombed suspected PKK targets across the border in northern Iraq used by terrorists as a base from which to carry out strikes on Turkish soil.

The PKK has been fighting for self-rule in southeastern Turkey since 1984. The violence has killed tens of thousands of people since then. Turkey has conducted frequent air raids on suspected PKK positions in northern Iraq. At the beginning of this year, Turkish the military launched a weeklong cross-border ground offensive against the PKK.