An Italian judge on Monday suspended the first trial involving the CIA's extraordinary rendition program until the country's highest court can rule on the case. 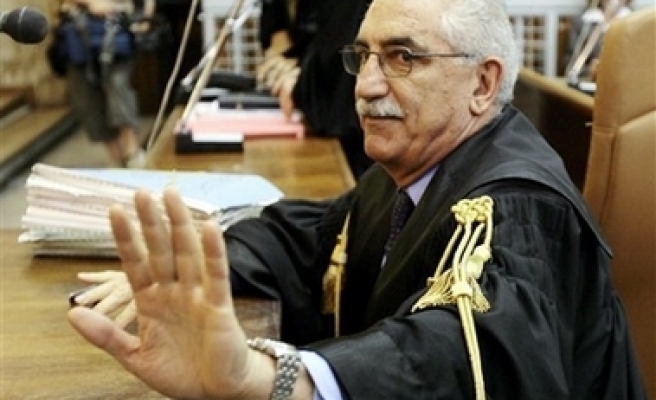 An Italian judge on Monday suspended the first trial involving the CIA's extraordinary rendition program until the country's highest court can rule on the case.

The Italian government has asked the Constitutional Court to throw out the indictments against the 26 American defendants, identified by prosecutors as CIA agents. They are accused of kidnapping an Egyptian imam from a Milan street on Feb. 17, 2003.

State lawyers have said that the judge who issued the indictments unlawfully relied on state secrets to justify the charges. The high court is to also hear another similar challenge from the defense saying prosecutors had gone too far by wiretapping phone conversations of Italian secret service agents.

The 26 Americans have left Italy, and a senior U.S. official has said they would not be turned over for prosecution even if Rome requests it. The government has not yet responded to prosecutors' requests to seek their extradition, and the justice minister has indicated the Constitutional Court's ruling would be a key factor.

On Monday, Judge Oscar Magi suspended the trial until Oct. 24, agreeing to a request by the defense to put the trial on hold until the Constitutional Court's ruling, which is expected on Oct. 19.

The ruling will indicate whether the trial will have the power to publicly air details of the U.S. renditions — moving suspects from country to country without public legal proceedings.

"It's a very clean decision," said Alessia Sorgato, a lawyer for several American defendants. "It's like sealing the case in Tupperware and putting it in the freezer."

Italian prosecutors say Osama Moustafa Hassan Nasr, also known as Abu Omar, was abducted in an operation coordinated by the CIA and Italian intelligence, then transferred to U.S. bases in Italy and Germany before being moved to Egypt, where he was imprisoned for four years. Nasr, who was released Feb. 11, said he was tortured.

Prosecutor Armando Spataro argued that the court must continue its deliberations despite the pending case in the highest court, denying that any state secrets were involved in the preparation of the case and expressing confidence that the Constitutional Court's decision would back him up.

Prosecutors said the decision effectively gives the government inordinate powers to interfere with the justice system. "Is it possible to have a system in which a trial can be suspended anytime any government decides to launch a conflict?" co-prosecutor Ferdinando Pomarici said.

Besides the Americans, seven Italians also were indicted in the case, including Nicolo Pollari, the former chief of military intelligence. Pollari has denied any involvement by Italian intelligence in the abduction. Last Mod: 18 Haziran 2007, 14:25
Add Comment