An Italian university closed one of its campuses for the day Friday to prevent a planned lecture by a retired French professor who denies gas chambers were used in Nazi concentration camps. 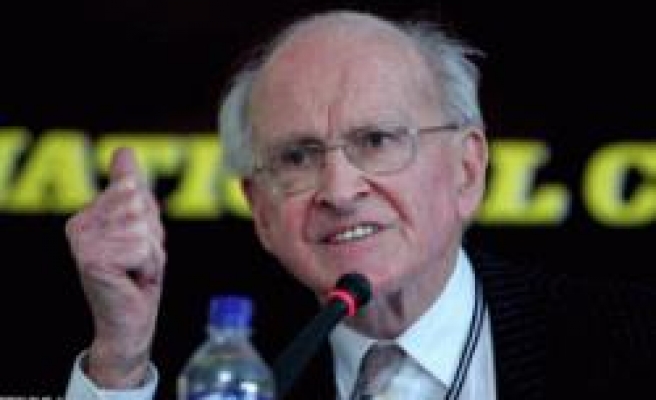 Robert Faurisson, who has been convicted five times in France for denying crimes against humanity, had been expected to speak at a local hotel instead but that conference too was later canceled after scuffles with protesters.

Faurisson had been invited to lecture at the University of Teramo, in central Italy, by Claudio Moffa, a professor of Asian and African history and director of a master's program in Middle East studies.

The university cited security fears surrounding the lecture in announcing the closure of its campus housing the law, political science and communications departments.

"(There is) a climate of tension which could put in danger the safety of the students," the university said.

Police in Teramo said Moffa and Faurisson had to be escorted out of a cafe off campus where they were having a small news conference Friday after a group of about 100 people protested in the street, shouting insults at them.

Moffa was pushed by a protester, said police official Mimmo De Carolis. When reached by telephone, Moffa said the lecture had been canceled because of the attack, but gave no other details.

Faurisson has caused outrage in France, arguing for a decade against evidence that Nazi Germany systematically destroyed the Jews. He maintains that no gas chambers were used in Nazi concentration camps during World War II.

The university administration had issued an official warning to Moffa to cancel the invitation, arguing that Faurisson's qualifications were "absolutely inadequate and don't deserve academic legitimization."

Moffa had cited his right to teach freely in defending his invitation to Faurisson.

"I want to specify that I am not a denier, but I think it is fair to allow a free debate and different interpretations of historical events," Moffa wrote on his Web site.

The Nazi-hunting Simon Wiesenthal Center had urged the university to cancel the event.

"To welcome Faurisson is an embarrassment to Italian academia, offends the families of Italian martyrs who fell in fighting the scourge of fascism ... and encourages a perverse propaganda to incite a new generation to anti-Semitism and racist doctrine," the center said.

Last year, Faurisson took part in a conference in Iran, which gathered some of the most well-known U.S. and European Holocaust deniers to debate whether the World War II genocide of Jews took place.

The gathering touched off a firestorm of indignation across the world and particularly in Europe, where many countries have made it a crime to publicly disavow the Nazis' systematic extermination of 6 million Jews.