Some immigrants seeking residency are fingerprinted already, but not usually children or European Union citizens. 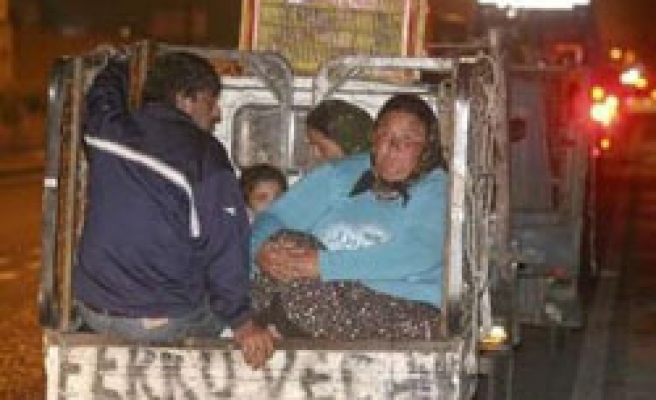 A proposal by Italy's interior minister to fingerprint Roma children as part of a crackdown on crime sparked concern on Thursday that it was racist and would treat them like criminals.

Roma people, known in Italy as "nomads", get the blame for much of the crime which Silvio Berlusconi's new government pins on illegal immigrants. About half of the Roma come from abroad, mostly from eastern European countries such as Romania.

With reports that the estimate of 160,000 Roma in Italy may be short by 100,000, Interior Minister Roberto Maroni plans a census of their camps -- squalid shanties with poor sanitation, apart from a few model camps set up by local authorities.

He told parliament late on Wednesday the census would involve fingerprinting everyone in the camps -- "children too, to avoid phenomena like begging".

Some immigrants seeking residency are fingerprinted already, but not usually children or European Union citizens.

An unscientific television poll suggested the measure would be popular with the public, with just over 80 percent in favour. The conservative mayor of Milan also welcomed the idea.

But deputy Rosy Bindi -- family minister in the centre-left government that collapsed in January -- said it would "treat Roma children as if they were hardened criminals".

"As much as he denies it, this would really be an ethnic register and is frankly unacceptable," she said.

Maroni's "anti-crime bill", now in parliament, has measures seen as targeting the Roma, such as making it an offence punishable by prison to force children into begging.

Berlusconi's conservative government has created "special commissioners" for what it calls the Roma "emergency". It has also met ministers from Romania to overcome concerns that its people could be unfairly targeted by the immigrant crackdown.

More than 500,000 Romanians are estimated to live in Italy and Bucharest fears they could all suffer from discrimination.

One Italian Jewish community leader, Amoz Luzzarto, said the fingerprinting proposal was another sign of "racism latent in Italian culture". He recalled as a child being "tagged as a Jew not to be trusted" and said Italy had "lost its memory".

"Taking the fingerprints of children from a certain ethnic group means treating them like congenital thieves," he told one paper. "This is clearly an unacceptable and racist initiative."