Italy plans to fingerprint all its citizens

A parliamentary committee agreed on Wednesday that from 2010 all identity cards, which Italians already have to carry, should include the fingerprints of the bearer. 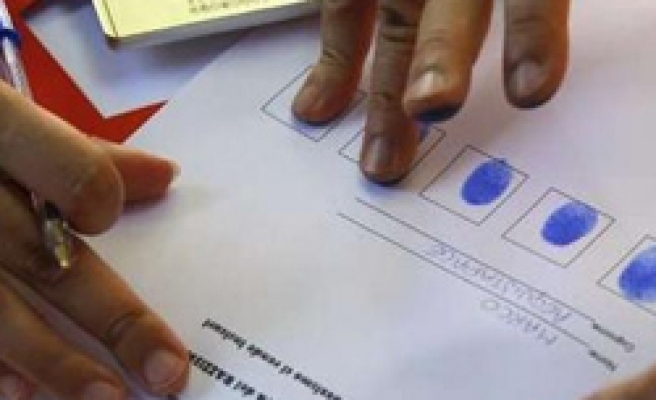 Italy may demand all its citizens be fingerprinted, a move aimed at defusing widespread criticism of government plans to force Roma people and their children to provide fingerprints as what Italy says a way of tackling criminality.

That policy has been condemned by the European Parliament, by Romania, where many Roma come from, and by religious groups who have compared it to the tagging of Jews by Nazis and fascists in the 1930s.

A parliamentary committee agreed on Wednesday that from 2010 all identity cards, which Italians already have to carry, should include the fingerprints of the bearer. The measure still has to pass through parliament.

"It will defuse the Roma question, (fingerprints) will be taken from everyone," opposition deputy Antonio Misani was quoted as saying by the Corriere della Sera newspaper's website.

Conservative Prime Minister Silvio Berlusconi won a landslide at an April election on a promise to get tough on crime which many Italians blame on immigrants.

Interior Minister Roberto Maroni, a member of the staunchly anti-immigrant Northern League party, is pushing the action to fingerprint people living in Roma camps. He has said only people who cannot provide valid identification will be fingerprinted.

Berlusconi has defended the policy, suggesting it would help the state clean up Roma camps, which are often squalid shanty towns on the outskirts of major cities. There are about 140,000 Roma in Italy, where they are known as "nomads".

"The Italian government wants to guarantee Roma children can go to school and wants to integrate these European citizens," Berlusconi said on Tuesday.

Commenting on the plan to fingerprint Roma, Italy's privacy watchdog said it was "absolutely necessary to avoid recourse to techniques based on discriminatory criteria, especially if ethnic or religious" but suggested fingerprinting the whole population would not be discriminatory.

"Now we need immediately to suspend the Roma measure as it looks like there will be a decision that will be valid for everyone," said opposition leader Walter Veltroni.