Dolmabahce Palace was the first European-style palace in Istanbul and was built by Sultan Abdulmecit between 1842 and 1853. 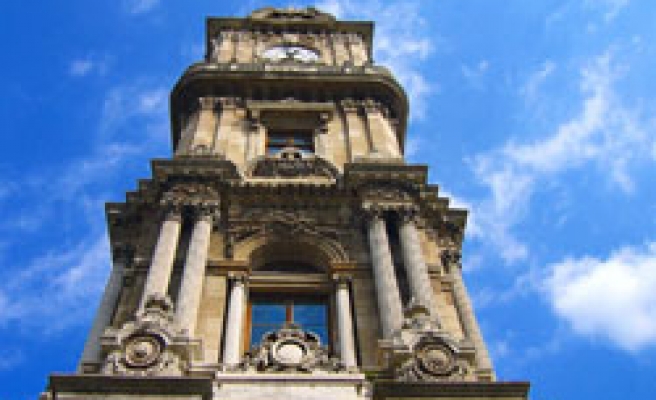 Turkish parliament signed a protocol on Monday with Italian Trade Center and Assorestauro Institution (Italian Association of Art Restoration) for restoration of the clock tower in Istanbul's Dolmabahce Palace.

Koca said that Ottoman Sultan Abdulmecit had ordered the construction of Dolmabahce Palace, and the Palace was one of the most important buildings of modernization of the Ottoman Empire.

Dolmabahce Palace was the first European-style palace in Istanbul and was built by Sultan Abdulmecit between 1842 and 1853, at a cost of five million Ottoman gold pounds, the equivalent of 35 tons of gold. Fourteen tons of gold in the form of gold leaf were used to gild the ceilings of the palace.

Designed in Ottoman neo-baroque style, the four-sided, four-storey tower stands at a height of 27 meters. Its clock was manufactured by French clockmaker house of Jean-Paul Garnier, and installed by the court clock master Johann Mayer. In 1979, the original mechanical clock was converted partly to an electrical one.