'Italy, Turkey should cooperate for EXPO 2015'

The senior Italian envoy in Turkey Marsili said that the actual trade volume between Turkey and Italy was 20 billion USD, and Izmir and its vicinity were fulfilling one-fifth of the figure. 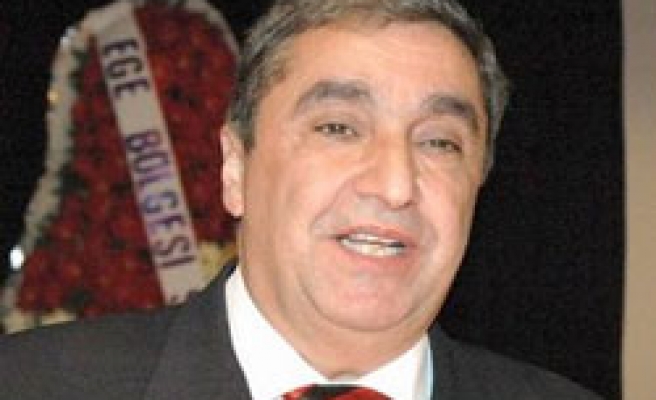 The senior Italian envoy in Turkey visited a chamber of industry in the Aegean province of Izmir on Tuesday.

Italian Ambassador to Turkey Carlo Marsili had a meeting with Tamer Taskin, chairman of the Aegean Region Chamber of Industry. Italian Consul in Izmir Simon Carta and Roberto Luongo, the head of Italian Trade Center, also participated in the meeting.

"There is an increasing interest for Turkey in Italy, and we should determine the industries that are profitable for both countries to boost our relations," Marsili said during the meeting.

What Turkey and Italy should do was to bring together small and medium scale companies because giant companies could achieve their projects on their own, the ambassador said.

Marsili said that Turkish province of Izmir and Italian city of Milan, which recently competed with each other to host EXPO 2015, should develop joint projects for the upcoming event.

Recalling Milan's victory to host EXPO 2015, Marsili said that the mayors of Izmir and Milan should hold talks and the two cities should develop joint projects for the event.

"One city won the competition, however, both cities should benefit from EXPO 2015," Marsili said.

Marsili said that Italy's trade with the Aegean region and Izmir constituted nearly one-fifth of the 20 billion USD trade volume between Turkey and Italy.

He also said a major part of the 600 Italian companies currently operating in Turkey carried out activities in the Aegean region.


On Turkey's European Union (EU) bid, Marsili said Italy wanted to see Turkey in the EU without any other delays.

Also speaking in the meeting, Taskin said that Turkish and Italian companies could establish partnerships in fishery, furniture, chemical, plastics and food industries.