Italian Foreign Minister Masimo D'Alema is due in Damascus on Monday for talks with top Syrian officials. 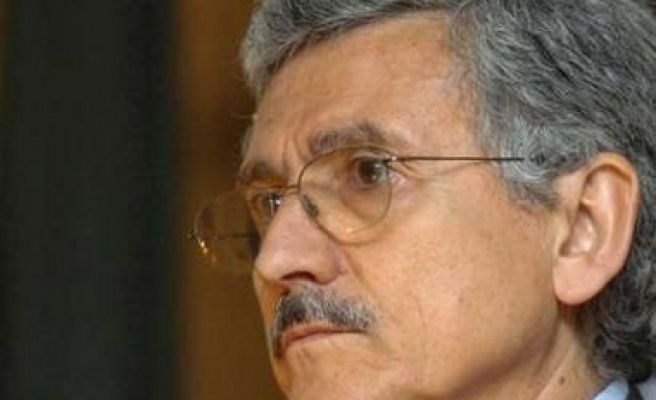 Italian Foreign Minister Masimo D'Alema is due in Damascus on Monday for talks with top Syrian officials.

D'Alema's talks with President Bashar Al-Assad and his Foreign Minister Walid al-Mouallem will tackle developments in Lebanon and the international tribunal for trying suspects in the assassination of former Lebanese Prime Minister Rafiq Al-Hariri.

The Italian official is expected to urge Damascus to cooperate fully with the UN Security Council resolutions on regional issues, especially No 1701 on Lebanon.

D'Alema, whose country leads the United Nations Interim Force in Lebanon (UNIFEL) expressed last month his desire to visit Syria to have talks with senior officials on stability in Lebanon.

He noted that the international tribunal resolution adopted by the Security Council on Wednesday was not meant against Syria but it reflected Lebanon's independence and sovereignty.

D'Alema's visit to Syria comes in the aftermath of the Security Council adoption of resolution 1757 on the Hariri tribunal under the binding Seventh Chapter of the UN Charter.

Before 1757 was adopted, Damascus rejected it claiming that it was against Lebanon's sovereignty and that it had nothing to do with the tribunal noting that it would try any Syrian national involved in the Hariri affair at home under treachery charges.
D'Alema will fly to Beirut after the Damascus talks.