Journalists, academics and activists said on Monday they had been detained and questioned at airports in Japan, sometimes for more than 10 hours, in a sign of growing security jitters ahead of next week's G8 summit. 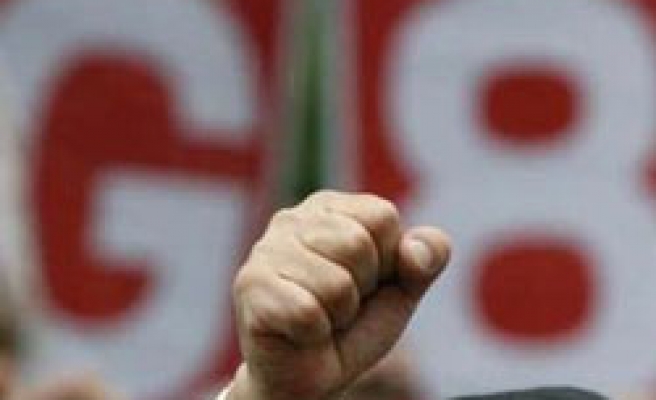 The Japanese G8 Media Network said six journalists from independent or alternative media invited by the group and 10 academics participating in an anti-G8 university conference had been detained by immigration officials.

These included three journalists from Hong Kong In-media who were questioned for three hours, held for a night in a detention centre and then questioned for another half day before being allowed into the country.

"Why did they pick us out and detain us for 17 hours? They never told us," Chu Hoi Dick told a news conference.

"They only said: 'you know at this time, the Japanese government is a little nervous'."

Two Korean nationals, one affiliated with the Korean Confederation of Trade Unions, were questioned and deported, G8 Media Network added.

An immigration official confirmed some people had been detained but declined to comment on their cases or the reasons for the hold ups.

Japan has implemented heavy security ahead of this year's July 7-9 Group of Eight summit in Hokkaido, northern Japan with police presence increasingly visible in major cities like Tokyo and up to 21,000 police mobilised.

Its security budget is some 30 billion yen ($283 million), topping the 113 million euros ($186 million) spent at the last summit in Germany.

Anti-G8 protests have become a fixture of G8 summits. On Sunday, two rallies in Tokyo gathered over 1,000 people, including anti-capitalists, labour union members and protesters from abroad, such as Spain and South Korea. Eight men were arrested after scuffling with police at one of the rallies.

But tight security and the sheer cost of travel to the remote site of the summit, at a hilltop luxury hotel near a hot spring resort in rural Hokkaido, is expected to dampen turnout compared to previous summits.

Demonstrations are expected near the summit venue -- where some 1,000-plus protesters are expected to gather in three camp sites -- and organisers of a peace rally in Sapporo, capital of Hokkaido, ahead of the summit hope to draw 10,000 participants.

The journalists and academics said they had been repeatedly quizzed about their schedules and where they would be staying and in many cases were not given food.

Four academics had their visas cut short although one has since won an appeal to have it extended, organisers of the anti-G8 conference said.

"They gave me no food, coffee, water -- nothing for more than 12 hours," Andrej Grubacic, a sociology professor who teaches at the University of San Francisco, told a separate news conference.

"So while 'Welcome to Japan' was plastered all over the airport, the feeling in the interrogation room was very different," he added.