Japan passed a law Wednesday to fund the reorganization of U.S. forces in Japan and help move thousands of Marines from the country's south to the U.S. territory of Guam. 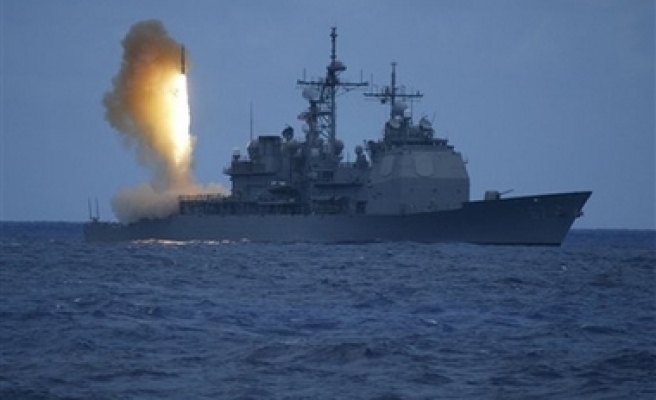 Japan passed a law Wednesday to fund the reorganization of U.S. forces in Japan and help move thousands of Marines from the country's south to the U.S. territory of Guam.

Tokyo and Washington agreed last year on a plan to streamline American troops and give Japan greater responsibility for security in Asia. The deal also envisioned easing the burden on local communities by downsizing U.S. bases and consolidating troops at other ones throughout the region.

Japan has agreed to pay $6 billion for the transfer of troops to Guam, about 1,500 miles south of Tokyo in the Pacific, while Washington has said it will contribute $4 billion.

The prefecture of Okinawa, a cramped southern island, hosts more than half of the 50,000 U.S. troops based in Japan.

The opposition said that an enormous cost of reorganization is not justifiable.

"On top of the money we already pay for U.S. forces in Japan, to pay further expenditures is unheard of anywhere in the world and that will not gain understanding of the people of Japan, either," said Shokichi Kina, a lawmaker of the Democratic Party shortly before the vote Wednesday.

Many Okinawans complain about the noise and crime related to the heavy U.S. military presence, but others say the troops benefit the economy in Okinawa, where the unemployment rate is Japan's highest.

The move to realign in and transfer troops from Okinawa was sparked in part by the 1995 rape of a schoolgirl there by three American servicemen, which ignited large-scale protests.

It will also allow the state-run Japan Bank for International Cooperation to give loans to contractors hired to help relocate 8,000 Marines from Okinawa to Guam.

Under a plan currently being considered, the bank will give loans and investments to a U.S. company that will build new housing for the Marines in Guam, according to the Defense Ministry. The company will pay back the money with rent it receives.