Japan wants to host Mideast talks ahead of G8

The Foreign Ministry issued a statement on Monday criticising Israel for approving construction of houses in the West Bank, which Tokyo said would inevitably damage the peace process. 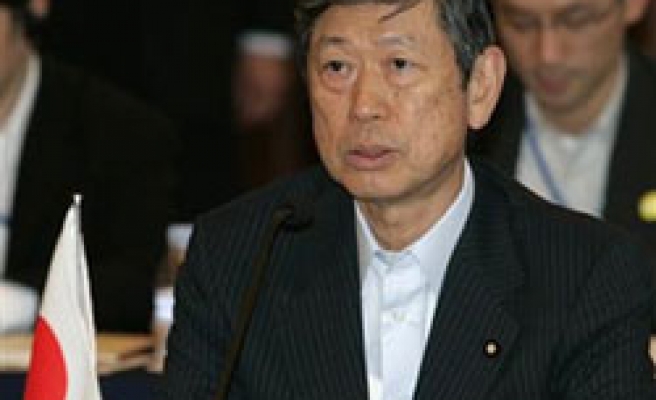 Japan wants to host a ministerial-level conference between Israel, the Palestinians and Jordan in early July, Foreign Minister Masahiko Komura said on Monday.

Although not officially part of the current Middle East peace process, Tokyo has long been keen to take a lead in Mideast.

In a speech about his aims for the meeting of foreign ministers from G8 wealthy nations next week, Komura said Japan planned to raise the Middle East issue at the gathering.

"I am considering hosting a ministerial-level consultative conference between Israel, Palestine, Jordan and Japan in Tokyo in early July ahead of the G8 summit," he told media executives in Tokyo, adding that Japan would offer its "utmost support" for peace efforts.

The Foreign Ministry issued a statement on Monday criticising Israel for approving construction of houses in the West Bank, which Tokyo said would inevitably damage the peace process.

Komura's predecessor, Taro Aso, proposed the development of an agro-industrial park in the West Bank at a ministerial conference in Jerusalem last year.

Komura said Japan would also push the G8 foreign ministers' meeting for strong statements on North Korea and Iran and a show of strong resolve on Afghanistan.

"I would like to see the G8 issue a strong message urging North Korea to abandon all its nuclear weapons and nuclear programmes," Komura said, adding that he also wanted ministers to push Pyongyang to resolve human rights issues such as its past abductions of Japanese citizens.

His comments came days after Japan resumed working-level talks with North Korea at which Pyongyang agreed to resume an investigation into the fate of Japanese kidnapped by its agents in the 1970s and 1980s.

In return, Japan agreed to a slight loosening of its sanctions on North Korea.

Pyongyang has admitted to abducting 13 Japanese, five of whom have returned home. Pyongyang says the other eight are dead, but Japan wants more information about them and four others it believes were also abducted.

Komura added that he wanted G8 countries to send a strong message to Iran, urging it to abandon its uranium enrichment programmes in line with United Nations resolutions.

The conference of G8 foreign ministers brings together ministers from the United States, Japan, Britain, France, Canada, Italy, Germany and Russia in Kyoto on June 26-27, just ahead of the summit on the northern island of Hokkaido in July.