A Japanese destroyer collided with a Cambodian freighter in the Vietnamese port of Ho Chi Minh City on Monday. 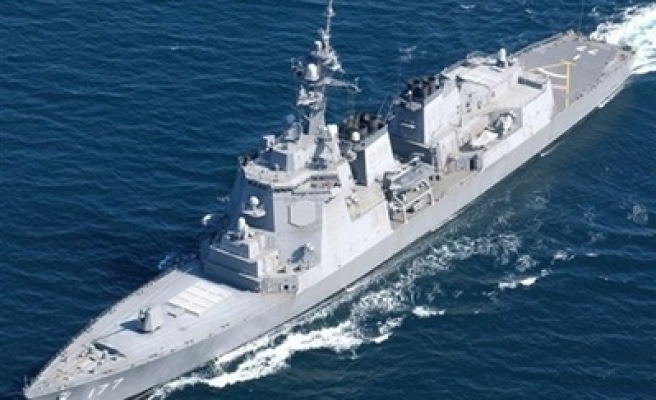 A Japanese destroyer collided with a Cambodian freighter in the Vietnamese port of Ho Chi Minh City on Monday, but no one was injured and damage to the vessels was minor, Japan's defence ministry said.

The second incident involving a Japanese warship in two weeks may add to pressure on Japanese Defence Minister Shigeru Ishiba to resign over his ministry's handling of the first collision, in which a destroyer ran over and sank a fishing boat, leaving two men missing, presumed dead.

The reason for the collision in Vietnam, which scratched paint off the Cambodian ship and bent a flag pole on the Japanese vessel, was not yet clear, a defence ministry spokesman said.

Kyodo said the Japanese destroyer Hamayuki had been conducting exercises.

The collision comes as Prime Minister Yasuo Fukuda's popularity slips after the accident with the fishing boat in Japan last month, which has sparked accusation of a government cover-up over the events leading to the collision.

A Mainichi newspaper poll showed on Monday that 51 percent of respondents did not back Fukuda's cabinet compared to 30 percent who did. Support levels of more than 30 percent are widely seen by analysts in Japan as critical to staying in power.