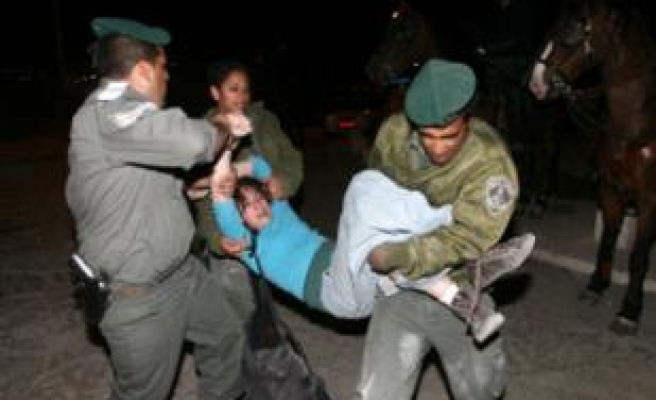 Hundreds of right-wing Jewish activists on Sunday stormed an Arab neighborhood in East Jerusalem of a Palestinian boy who killed eight Israelis at a Jewish school earlier this month, police and witnesses said.

The demonstrators marched through the streets of the Arab neighborhood of Abu Tur chanting "Revenge" and "Death to the Arabs", before police moved in to disperse them, sparking clashes and rock-throwing.

The crowds had planned to destroy the family home of Alaa Hisham Abu Dheim, 25, who mowed down eight students at the Merkaz Harav Yeshiva on March 6 in the deadliest attack in Jerusalem in four years.

Nine demonstrators were arrested, according to police spokesman Micky Rosenfeld, who said about 100 policemen, including officers on horseback, had been deployed.

The attack on the yeshiva, closely allied to Israel's Jewish religious nationalist movement, brought calls for revenge from extremist rabbis and demands for punitive measures against Abu Dheim's family from several MPs.