A Jew, appointed as a foreign relations officer by Islamic Society in France will work to project the true image of Islam. 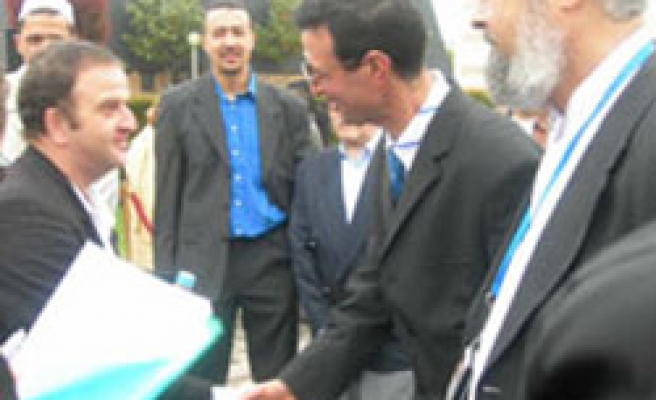 Bernard Koch, a Jew, will be striving to bridge gaps between Jewish and Muslims in France from his office in the Islamic center in Drancy, a commune in the northeastern suburbs of Paris.

"I will do my best to serve both minorities and bring them closer," a moved Koch told IslamOnline.net.

Koch has been appointed by the Islamic Cultural Society in Drancy as foreign relations officer.

He will have his office in the second floor of the two-story building that also houses the society's mosque.

"I will have an office affiliated to the mosque from where I will manage Muslim-Jewish relations," said in excited Koch.

'MY GOAL IS TO PROJECT THE TRUE IMAGE OF ISLAM'

"My goal is to project the true image of Islam as opposed to the misconceptions propagated in the media."

Koch recognizes that the appointment could upset some people.

"I'm sure there will be obstacles along the way not just from Muslims but Jews as well. But I plan to keep an open mind."

France is home to the biggest Muslim minority in Europe, estimated at 5-6 million.

APPOINTMENT WARMLY WELCOMED BY ALL PARTIES

The appointment of Koch to such a post was warmly welcomed by all parties.

"We see no problem in appointing Koch for the post," Chalghoumi, also the mosque imam, told IOL.

"He is a man of high caliber and is known for his devotion to work and ability to work with others."

He indicated that Koch will have his office, just like the Society's other administration officials, in the second floor of the meeting.

"The first floor is kept for the mosque."

Chalghoumi recognizes that the unprecedented step coincides with increasing tension in the Middle East and mounting Israeli attacks against Palestinians.

"Our aim is to improve the image of the Muslim minority and highlight Islam's openness to followers of other faiths."

A galaxy of prominent Muslim scholars and interfaith experts issued in February an open letter for the world's Jewish community calling for a dialogue to improve relations between Jews and Muslims who have common ground of shared beliefs.

"Drancy has a symbolic importance in the history of French Jews," notes Imam Chalghoumi.

The area is home to an infamous prison camp that was used to hold Jews before being deported to the extermination camps under Nazi Germany.

"A Jewish delegation visited our mosque a week ago," he recalled.

"I had earlier paid a visit to Drancy synagogue and delivered a speech on tolerance and coexistence in Islam."